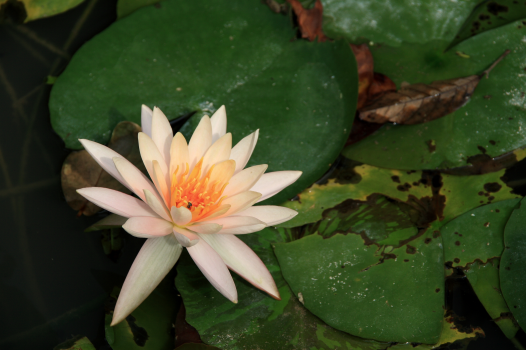 Sanga: The Planet of Faith 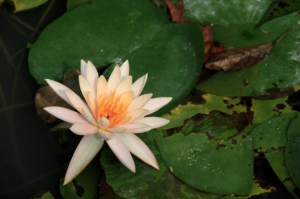 “Faith in sastra really leads to faith in sadhus; sastra stresses this over and over again. Bhakti comes from bhakti in the context of sadhu sanga.”

Q. Before I began to practice Krishna consciousness I was promiscuous, a meat eater, and over-indulged in alcohol. Since then I have become a strict vegetarian and my sexuality is confined to a committed relationship. I still drink socially on occasion but not to excess like I did before, and not to the point where I feel that my spiritual practice is diminished. Is it delusional for me to think that my bhakti will be unaffected if I have a drink with my friends once in awhile? Is it hypocritical of me to chant harinama with this mentality?

A. I’m encouraged to hear how faith and spiritual practice have changed your life for the better. The answer to your question is that drinking alcohol is not favorable to the practice of bhakti. We should strive to make the orbit of our moral compass revolve around the acceptance of that which is favorable to bhakti and rejection of that with is unfavorable. This makes a firm foundation of saranagati (surrender) onto which our house of bhakti can be built.

That said, modern life is complex and age-old moral standards that don’t take present-day nuances into consideration often fail to provide compelling impetus to follow them; therefore I sympathize with the way in which you are thinking about the issue. Nonetheless, my recommendation is for you to do your best to forego drinking altogether. I doubt that this will cause much social alienation for you because abstaining from alcohol is respectable even in our western culture.

Above all, do not give up chanting harinama under any circumstances, even if you feel hypocritical because you have not yet given up all your bad habits. Pujyapada Sridhara Maharaja used to say that most people are unable to swallow the whole big pill of Krishna consciousness all at once, even though they’ve realized that it is the medicine that they truly need.

In Subjective Evolution of Consciousness he says, “It is not that all of a sudden—in one stroke—everything is cleared. Rather, according to our bhajana, our sadhana, our attempt, the undesirable elements will gradually vanish, go away. And by different stages we shall reach the goal.”

Q. Sankaracharya said sraddha (faith) is that by which an individual readily understands the true import of the scriptures. This definition is a bit abstract for me so I would like a Gaudiya Vaishnava explanation of sraddha, along with your advise on how to make one’s sraddha grow.

A. Everyone has faith in something, be it material or spiritual. The Bhagavad-gita says, “sraddha-mayo ‘yam puruso,” a person is his or her faith; and the faith of embodied souls is born of the material
qualities of sattva (goodness), rajas (passion), or tamas (ignorance). Such materially conditioned faith, being a product of matter, fosters actions that are karmically binding in the case of raja and tamas, and actions that point in the direction of liberation in the case of sattva. On the other hand, there is another type of faith (divine faith) that is transcendental to material nature. In Srimad Bhagavatam, Sri Krishna has identified faith in himself as transcendental faith. One who has such faith attains transcendence.

Divine faith is characterized by the conviction that comprehensive knowing is possible only through revelation. This orientation underscores the shortcomings of intellect unto itself in terms of its capacity to grant comprehensive knowledge. Gaudiya Vedanta posits this as knowledge by which the soul/atma realizes itself and its prospect for love. This involves realizing Brahman/God as rasa—raso via sah—and tasting rasa or bliss in relation to him—rasam hy evayam labdhvanandi bhavati. Thus divine faith as opposed to materially conditioned faith results in “understanding the true import of scripture.”

Divine faith/sraddha grows by the association of those who have it. Such sadhu sanga is contagious in the first place, awakening komala or tender faith initially and then nurturing it into firm faith, in which intellect becomes fixed in spiritual pursuit. Through sadhu sanga and spiritual culture (sadhana), firm faith eventually thickens and grants the practitioner standing on the ground of being, and from there, dancing. This ground itself is divine faith, in which all doubts being removed, one is enabled to move freely in the homeland of the heart—in lila seva.

Thus faith implies movement. Thakura Bhaktivinoda equates it with surrender (saranagati), as does Sri Krishna in the Gita, when having awakened Arjuna’s faith in bhakti‘s efficacy, he tells him that the practical application of his faith is surrender. Faith fully understood amounts to conformity to truth, whereas rational thought is but an imperfect means of apprehending truth. Conforming to truth involves apprehending or understanding it theoretically, but theoretically understanding truth does not necessarily involve conforming to it. Faith is the animating principle in our lives. Conversely, as much as we are suspicious, our movement is suspended.

The fact that divine faith is transrational—that it involves experience beyond that which is possible through rational thought alone—does not imply that it itself is irrational. Faith for good reason arises out of the mystery that underlies the very structure and nature of reality, a mystery that in its entirety will never be fully demystified despite what those who have placed reason on their altar might like us to believe. The mystery of life that gives rise to faith as a supra-rational means of unlocking life’s mystery—one that reason does not hold the key to—suggests that faith is fundamentally rational in that it is a logical response to the mysterious. When faced with the great unknown, we must find reason to trust.

Q. I am convinced of the solid philosophical and logical arguments for Gaudiya Vaisnavism, but I have no personal or emotional attraction to the descriptions of Sri Krishna’s pastimes (Krishna lila) as given in the sastra. How can one proceed in bhakti in such a state?

In your situation it is best to proceed with spiritual practices such as hearing and chanting of Krishna nama with the basic conviction that ultimate reality constitutes reciprocal dealings in spiritual intimacy
and ecstasy between ourselves as a unit of consciousness and our source, raso vai sah rasam hy evayam labdhvanandi bhavati. In other words, place your faith in the underlying philosophy, the philosophical canvass—acintya bhedabheda Vedanta—on which Krishna lila is drawn and proceed with your practice of chanting. Krishna nama is filled with lila, and in time spontaneous attraction to his divine pastimes will manifest in your heart.

Q. The scriptures say that chanting the holy name of God is the yuga dharma—the process of self-realization for this age. Is it possible to attain the stage of prema (divine love) by another process of devotional service, for instance worshiping the Deities, if such devotion does not involve chanting the Holy Name?

A. In the present age (Kali-yuga), nama sankirtana is most efficacious. This is because the avatara for this age, Sri Chaitanya Mahaprabhu, has woven nama sankirtana together with Krishna prema and garlanded the world with it. By his mercy, Krishna prema, which normally is very rare, is easily attained by nama sankirtana. At the same time, other limbs of bhakti are also efficacious, and in our lineage three are most important: sravanam (hearing), kirtanam (chanting), and smaranam (remembering), while arcanam (Deity worship) is also helpful for beginners. It is important to note that in Gaudiya Vaishnavism the process of archanam is pervaded with chanting the holy name throughout the offering of worship to the Deity.

The other principal limbs of nava-laksana bhakti are also efficacious, but the prema that Mahaprabhu came to give is attained primarily through sravanam, kirtanam, and smaranam. If one hears well and develops a deep understanding of the theology of nama dharma, one can chant attentively with a humble heart. Anyone who chants in this spirit will experience deep meditation and inner life, the culture of which churns spiritual emotion (bhava) into pure love of God—Krishna prema.

Q. Why is it that so many devotees seem to have a lack of thoughtfulness in relation to so many topics? The following verse indicates that the cause may be a lack of sraddha. Doesn’t sraddha develop through meaningful association with advanced devotees?

“When a person develops sraddha, he can think about a subject and understand it, whereas one cannot do so without sraddha. Indeed, only a person who has sraddha can reflect upon anything. Therefore you must inquire very specifically about sraddha.” Chandogya Upanishad 7.19.1

A. The following passage from B. R. Sridhara Maharaja’s book Loving Search for the Lost Servant credits the progress of faith to favorable association with saints and scriptures.

“Just as in the tangible world there is the sun, the moon, and so many other planets, in the world of faith there is a gradation of planetary systems. We have to scrutinize the scriptures, take advantage of the guidance given by saints, and understand how the progress of faith to the highest plane is achieved by eliminating the lower planes.”

In this sense the stages of bhakti are all developments of faith culminating in entering the “planets of faith,” as Pujyapada Sridhara Maharaja here refers to the paravyoma (spiritual world). Similarly, Sri Jiva Goswami writes that without ruchi (taste), one cannot effectively engage in sastra-yukti, properly reasoning about the import of scripture—svalpapi rucir eva syad bhakti-tattvavabodhika.

Here Sri Jiva is saying the same thing as Chandogya Upanishad 7.19.1 but using the word ruchi instead of sraddha. The implication of such statements is that logic alone will not unlock the door to
understanding sastra‘s import. The key is sadhu sanga.

Why are so many devotees unable to think clearly about the import of sastra? Is it lack of faith/ruchi? I would say it is due to weak faith (komala sraddha) because sraddha implies faith in sastra—sastriya sraddha, and the stronger one’s faith, the greater one’s ability to understand sastra. Other issues may also be at hand, such as offenses/aparadha. The real test is not so much one’s initial ability or lack of ability to understand what one reads but rather the ability to change one’s thinking upon hearing the correct conclusions from a sadhu. On one hand you have those who can change their thinking with sadhu sanga and on the other you have those who are adamantly against the proper conclusion found in the context of sadhu sanga. Many devotees fall somewhere in between these two extremes.

Faith in sastra really leads to faith in sadhus; sastra stresses this over and over again. Bhakti comes from bhakti in the context of sadhu sanga. Yet we find many with great faith in sastra (particularly Srila Prabhupada’s books) and no faith in sadhus, but rather strong distrust of them. This is understandable to a degree given the poor behavior of so many so-called sadhus. Still, progress in bhakti requires that we find and keep the company of advanced devotees. Neglecting this important principle because of some negative experience is most unfortunate and a sign of weak faith in a dynamic sense of the term. Faith based on sadhu sanga is the only thing that removes doubt and confusion. To the extent that we neglect sadhu sanga, we will be unable to understand the true import of sastra, and in turn we will remain distant from our eternal home on the planet of faith.

One Response to Sanga: The Planet of Faith