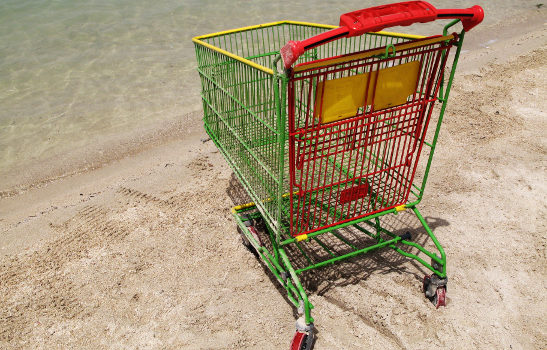 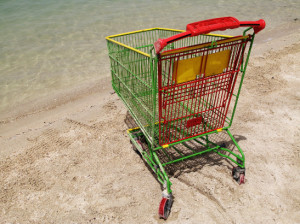 Materialism is one of those ugly words that gets thrown around a lot. It’s best defined as an insatiable desire to own things and the belief that when those desires are fulfilled we’ll achieve happiness. Basically, materialism suggests a yardstick for success: the more you own, the better your life will be. It sounds horrible, but we all do it to some extent, even if we don’t go overboard.

We tend to equate buying things with positive emotions. Subsequently, we think that purchasing new stuff makes us happy. It’s a pretty clear correlation. In a study published in Neuron, researchers looked at what’s going on in the brain when we think about buying stuff. When a product image flashed before people’s eyes, an area of the brain called the nucleus accumbens lit up when a subject liked what they saw. Essentially, the brain’s pleasure center kicks into gear and floods the brain with dopamine at the very thought of getting something we want. The weirdest thing about this is that just thinking about buying something is pretty much the same as actually buying it. The Atlantic explains:

Put plainly, our brains think that acquiring new stuff will make us happy, but we’re not entirely sure why our brains work this way. Psychology Today explains just a couple of the many theories out there trying to figure out the origins of materialism:

Many economists and politicians believe that acquisitiveness—the impulse to buy and possess things—is natural to human beings. This seems to make sense in terms of Darwin’s theory of evolution: since natural resources are limited, human beings have to compete over them, and try to claim as large a part of them as possible…

Another theory is that the restlessness and constant wanting which fuels our materialism is a kind of evolutionary mechanism which keeps us in a state of alertness. (The psychologist Mihalyi Csikszentmihalyi has suggested this, for example) Dissatisfaction keeps living beings on the look out for ways of improving their chances of survival; if they were satisfied they wouldn’t be alert, and other creatures would take the advantage.

Neither of these theories are perfect, but we do know that regardless of why we’re always wanting new things, getting them rarely has a positive effect on our well-being.

It’s probably no surprise to most of us, but study after study shows that buying stuff doesn’t make us happy. More importantly, we’re actually unhappy when we put too much value on material objects.

The big problem here isn’t just that we’re a little bummed out when someone else has more stuff than we do. It’s that when we put a lot of emphasis on materialistic value, we’re prone to depression, personality disorders, and more. One study from Tufts University sums these effects pretty simply:

Existing scientific research on the value of materialism yields clear and consistent findings. People who are highly focused on materialistic values have lower personal well-being and psychological health than those who believe that materialistic pursuits are relatively unimportant. These relationships have been documented in sample of people ranging from wealthy to poor, from teenagers to the elderly, and from Australians to South Koreans. Several investigators have reported similar results using a variety of ways of measuring materialism. The studies document that strong materialist values are associated with pervasive undermining of people’s well-being, from low life satisfaction to happiness, to depression and anxiety, to physical problems such as headaches, and to personality disorders, narcissistic, and antisocial behaviors.

As we start to understand more about the correlation between materialism and happiness, we get a better idea of just how deeply it affects us. The Guardian explains some of the nastier effects of materialism:

Another paper, published in Psychological Science, found that people in a controlled experiment who were repeatedly exposed to images of luxury goods, to messages that cast them as consumers rather than citizens and to words associated with materialism (such as buy, status, asset and expensive), experienced immediate but temporary increases in material aspirations, anxiety and depression. They also became more competitive and more selfish, had a reduced sense of social responsibility and were less inclined to join in demanding social activities. The researchers point out that, as we are repeatedly bombarded with such images through advertisements, and constantly described by the media as consumers, these temporary effects could be triggered more or less continuously.

This article was originally published as Why We’re So Materialistic, Even Though It Doesn’t Make Us Happy

One Response to Scientific Explanation of Materialism