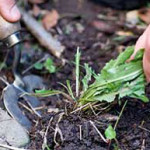 As one advances from devotional service in practice to devotional service in ecstasy the characteristics of klesangni and subhada become progressively more pronounced in the practitioner. As the stage of anistha bhajana kriya (unsteady devotional practice) draws to a close, auspiciousness becomes more pronounced in the following four ways: one’s devotional activities are (1) recognized as beneficial to everyone (2) are attractive to everyone (3) one displays saintly qualities and good character (4) one experiences a happiness superior to sense gratification, mystic perfection and liberation in Brahman realization.

“It is said that everyone is attracted to the reservoir of bhakti, Krsna’s devotee, for he is a treasure-house of good qualities and mercy. Distinguished in human society the devotee is awarded labha (profit), puja (adoration) and pratistha (distinction). In the vast and unlimited ocean of bhakti-rasa such rewards, by-products of bhakti, are only small waves (taranga) of personal pleasure (ranga). However, such benefits when improperly utilized for self-aggrandizement become weeds in the garden of the devotional creeper and can easily stunt its growth.”

Through the pen of Krsna dasa Kaviraja Goswami1 we learn that Sri Caitanya Mahaprabhu in his teachings to Srila Rupa Goswami, has cautioned about the unlimited weeds (upasakha) that grow around the bhakti creeper. He specifically mentions diplomatic behavior, animal slaughter, mundane profit, adoration, and distinction as some weeds that sprout while one waters the creeper (bhakti-lata) of devotion through constant performance of bhajana kriya. If one does not take great care to uproot these unnecessary weeds of self-aggrandizement, the weeds will steal the creeper’s nourishment and stunt one’s devotional advancement.

Lingering materialistic mentalities during unsteady devotion foster the sense of being the doer and enjoyer, providing opportunity for the weeds of taranga rangini to germinate and grow. Falsely thinking that one’s personal endeavors in spiritual practice have created auspiciousness, one can easily lose proper understanding regarding the causeless nature of spiritual benedictions. Bewildered by appreciation from both the mundane and devotional sector, one selfishly enjoys gifts, praise and fame – the devotional facilities of profit, adoration and distinction – and thus experiences these auspicious benefits of bhakti as personal pleasure. Often times characterized as subtle sex, this mentality obscures the selfless serving mood that is vital to the nurturing of pure devotion.

At this final stage of anistha bhajana kriya, taranga rangini, gross discrimination is fostered by the acceptance of the auspicious results of bhakti for one’s personal pleasure. Great care must be taken to uproot such weeds born of false prestige in order that they do not overgrow the pure devotional creeper. Continual use of fine discrimination, cultured in good association, will assure that all the vital nutrients of one’s sadhana nurture only one’s pure intent directed towards attainment of the shelter and mercy of the spiritual master, as only this goal alone guarantees one’s spiritual progress. All other desires must be recognized as obstacles and should be dealt with according to one’s ability, under good guidance.

Although the circumstance of qualification may not afford one the opportunity to immediately remove all obstacles, the sincere desire to advance to selfless service insures continued progress. Until the deep humility of nistha is attained, one may still be easily bewildered by the misconception that auspicious results from devotional practice are the result of personal endeavor. The fully developed stage of nistha is characterized by such deep humility, free of any tinge of false prestige, that the sadhaka’s conviction is “all spiritual advancement and realization is attained only by the krpa-sakti of guru, Krsna and the Vaisnavas.” This depth of such humility is presented in the 3rd verse of the Sri Siksastakam:

Using the head to soften the heart, one who deeply contemplates the causeless nature of bhakti will easily overcome this final stage of unsteady devotion and advance blissfully to the stage of nistha.

By highlighting the mentalities of unsteady devotional practice in his Madhurya Kadambini, Srila Visvanatha Cakravarti Thakura has provided great assistance to the devotional neophyte. Direct experience or observance of the six specific stages, and other lingering materialistic mentalities and emotions not mentioned, that arise during initial devotional practice affords one a spiritual perspective whereby detachment from their consequence can be successfully cultivated. Additionally, well-informed practice during the difficult stage of anartha-nivritti (removal of the false values unfavorable to bhakti), helps in the avoidance of aparadhas to the holy name that can greatly hamper steady progress. Such knowledgeable practice also leads to a truthful regard for one’s actual level of spiritual advancement and any benefits experienced are not over estimated at the expense of focus on the important practice at hand.

Seeing our determined effort to attain steady devotion, free of contrary mentalities, bhakti quickly dissipates impediments and one is thus placed on the platform of nistha, steady devotional practice. As a result, one’s spiritual practice which was often experienced as bitter medicine is transformed into a nourishing meal, which gradually transforms into an eloquent banquet as transcendental loving emotion becomes manifest at the stage of bhava bhakti. However, at the stage of prema-bhakti this wondrous feast is ultimately abandoned with complete disregard, as one becomes completely overwhelmed with loving sentiment for Krsna in both meeting and separation.

Having taken shelter at the feet of the loving sadhu with whose association I have been blessed and attentively hearing his instructions, a renewed confidence and enthusiasm to successfully navigate the path of sadhana-bhakti has flooded my consciousness. Lying in prostrate obeisance and overcome with deep gratitude, I realize there is no remuneration sufficient with which I could even begin to retire my transcendental indebtedness to my newfound guru. In him there exists such a depth of knowledge in bhakti that I realize my transcendental voyage under his tutelage has just begun; to ever leave his association would result only in the loss of my full spiritual potential.

Looking upon his effulgent face through tear-drenched eyes, I see a compassionate smile emerge acknowledging my aspiration for eternal shelter at his lotus feet.

One Response to Maintaining Steady Devotion During Unsteady Practice: Part 4