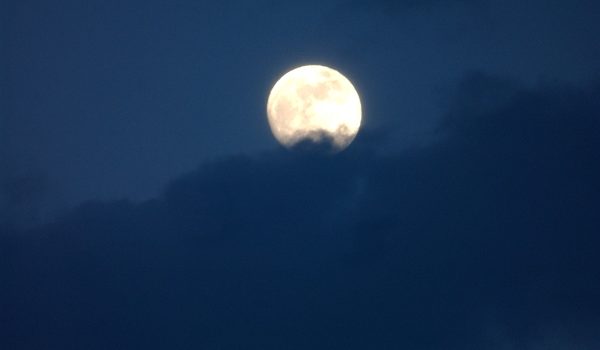 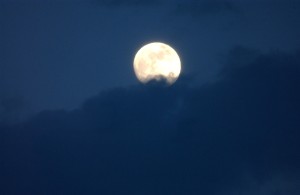 This isn’t because we don’t preach. We’ve opened numerous centers, distributed millions of books and magazines, and through media outlets and other venues have been promoting Krishna consciousness for over forty-five years. Perhaps, the problem has something to do with how we preach.

We don’t communicate well. Our philosophy is sensible and convincing, it towers above other ideas, yet we’ve tried to present this simple open-and-shut case for almost half a century, and the audience still has no idea what it is. Other than bad communication, what could prevent the exchange of such plain and obvious facts? Have we exhausted the possibilities? Have we reached the limits of explanation? Or is Krishna consciousness bigger than that? Will Krishna consciousness be taken seriously as a beacon of clear thinking or will it continue to be ignored as unrealistic and cultish?

Is there something wrong with making sense? Where are our well-crafted introductory materials focusing on the commonsense certainties of Krishna consciousness? Am I wrong to think we’ve left a catastrophic hole in our presentation? What is your opinion?

A. Thank you for thinking of me and sending me your thoughts on the problem of contemporary outreach to Westerners. My opinion is that it is important for those engaged in sharing Gaudiya Vaishnavism to emphasize the essential underlying truths of Gaudiya Vedanta over the non-essential, or what Bhaktivinoda Thakura sometimes referred to as the cultural baggage of the tradition. These truths are not exactly self evident to everyone, but to a majority of people they will be, if properly presented.

You ask, “Other than bad communication, what could prevent the exchange of such plain and obvious facts?” My answer again is that the vast majority of devotees seem to be unable to distinguish between the essential and the non-essential aspects of our tradition, which of course puts them at a disadvantage in the marketplace of reasonable theology. For example, the most prominent Gaudiya Vaishnava organization in the world is spending over forty-five million dollars to build a planetarium in India to present their understanding of ancient Vedic cosmology/astronomy. While Vedic cosmology may be of interest to some, entering into a comprehensive understanding of the subject is certainly not essential to the culture of bhakti, what to speak of preaching the Bhagavatam 5th canto version of cosmology as being the final word on the matter.

Many, including former disciples of Srila Prabhupada, have turned away from Krishna consciousness because of the prominence of fundamentalist preaching on this and similar non-essential issues. Such preaching continues although Sukadeva Goswami does not claim that his description of the universe as found in the Bhagavatam is definitive. Actually he says the opposite: kastham manasa vacasa vadhigantum alam vibudhayusapi purusa, “No one can possibly explain or perfectly conceive of the nature of the material universe even in a lifetime of Lord Brahma.”1

See Sanga: The Sun and The Moon

Given the dismal condition of the movement in the West, might not similar energy as is being spent on the Mayapura planetarium be utilized in finding the ways and means to expand preaching here? In England Srila Prabhupada told his disciple Dhananjaya dasa that the lion’s share of our efforts should not be centered on cultivating ethnic Hindus who already have faith in Krishna, but rather on convincing local Englishmen and women to take Krishna consciousness seriously. Preaching some notion of 5th canto cosmology is certainly not the way to convince educated Europeans and Americans to take Krishna consciousness seriously.

Admittedly, there is value in the Mayapura planetarium in that it will bring people to the birthplace of Sri Caitanya Mahaprabhu where they may learn something of his essential teachings, which was Srila Prabhupada’s main concern. The distilled essence of those teachings are found in Mahaprabhu’s Siksastakam, eight elegant verses that describe the glories of chanting the holy name of Krishna with a pure heart—there is nothing in the Siksastakam on ancient cosmology or astronomy.

Another concern worth mentioning is the public debate being staged by devotees who argue that Gaudiya Vaisnavism prohibits women from serving as diksa gurus. This drones on even though historically there have been a number of women gurus in the tradition, the most prominent being Jahnava Ma and Gangamata Goswamini. Here the essential principle everyone should be concerned with is found in Caitanya-caritamrta: yei krishna tattva vetti, sei guru haya, “One who knows the truth of Krishna consciousness is guru.” This means that anyone, regardless of race or gender, who knows and lives the tattva of Krishna Consciousness can give diksa and siksa.

The list of similar topics of public debate goes on. Other than poor communication, those who desire and have some ability to thoughtfully communicate our essential truths have to deal with damage control as their constituents run into dogma, superstition, sectarianism, sexism, and in general the ugly face of fundamentalist kanistha adhikari Vaishnavism mistaken for Absolute Truth and broadcast all over the Internet.

Therefore, there is a great need for devotees to be educated as to the difference between the essential and non-essential aspects of Gaudiya Vaisnavism, and those who are already educated and able to think outside of the proverbial box need to develop an alternate non-sectarian Krishna conscious association in the West that speaks louder and more pleasingly both by example and precept. Such like-minded devotees will have to do more than think about the topic and more than write occasionally about it as well. With clear goals and the willingness to take a strong stand on what is essential and what is not, on controversial social issues, on what constitutes practicing life/sadhana, they should come out and make their presence known.

This is what my associates and I are doing with some success. We have the language, books, sensibilities, and so on that will help bring about a much-needed renaissance of practical, common sense Krishna conscious practice and preaching. I would be proud to stand with Godbrothers and Godsisters, devotees of any mission, who see the importance of such a renewal and who understand the value of going beyond fundamentalism through what Bhaktivinode Thakura referred to as
saragrahi Vaishnavism–emphasizing and preaching the essential truth of Gaudiya Vedanta.

46 Responses to Preaching the Essential Truth of Gaudiya Vedanta