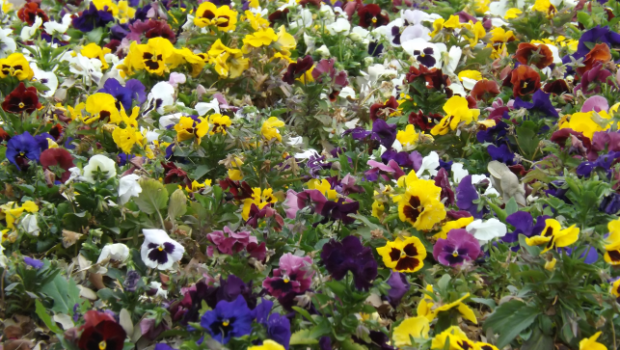 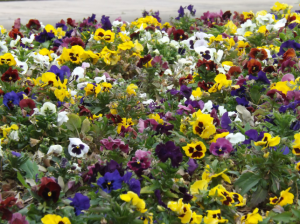 “We have a purpose, which is to love. Indeed, being sat-cit-ananda we are the true objects of love in this world.”

Q. Sanjaya, the narrator of Bhagavad-gita, is described as having heightened awareness. The scriptures relate that aspiring yogis or devotees may acquire such awareness to different degrees. If this happens in the course of practice, how can heightened awareness or psychic power be used in service to Krishna?

A. Your answer lies in the example you cite: Sanjaya used his psychic abilities in the service of Sri Krishna. Although he was not physically present with Krishna on the battlefield of Kuruksetra, he nonetheless had a vision of all the important events taking place there. Sanjaya related these events to those who were in his immediate presence. Usually, such psychic power facilitates pride and sense indulgence, but as illustrated in this case it can also be used in divine service. Using it in service requires changing one’s orientation from love of the senses (atmendriya priti) to love of Krishna’s senses (krsnendriya priti).

There are two basic types of mystic perfections. One type is derived from the mode of goodness (sattva guna) and the other is derived from Krishna’s internal energy (svarupa-sakti). The former is thus material, and there are ten varieties of these mystic powers (siddhis). The latter is spiritual, and there are eight varieties of these siddhis. Sri Krishna also mentions five other types of siddhis that are also material and may appear in those not involved in spiritual practice. Sanjaya’s ability to hear and see things at a distance are material siddhis derived from spiritual practice. Srimad Bhagavatam refers to them as dura-sravana-darsanam. However, Srimad Bhagavatam, and the Yoga Sutras as well, consider even the higher spiritual siddhis to be obstacles to spiritual practice because they tend to get in the way of concentration on and attaining the goal, which in our case is love of Krishna (prema-prayojana). Therefore psychic or mystic powers should not be directly pursued, and if they arise naturally they should be employed in the service of their master, Yogesvara Sri Krishna.

More about siddhis can be found in the article Existing To Love.

Q. We are taught that food offered to Krishna (prasadam) is sacred and should be honored in a mood similar to that employed in worshiping the Deity of Krishna on the altar. However, sometimes devotees rather than meditating or discussing spiritual topics simply chat while taking prasadam. What is the rule about this?

A. We honor prasadam by eating it mindfully, but this honoring also serves as a form of recreation, a festive and social time for sadhakas. We see this in the lila of Chaitanya Mahaprabhu time and again.

Also, whenever I took prasadam with Srila Prabhupada, he was usually light hearted, sometimes joking, while discussing topics both personal and practical. Recreation has its place in yoga, as Sri Krishna states in the Gita. Then again, sometimes we honor in silence. One is free to do this, but all considered, friendly social interaction and discussion of practical service matters are not out of place while honoring prasada. However, if senior men or women find the spiritual atmosphere deteriorating, they should try to bring the discussion to a higher level.

Q. The Brahma-samhita states that the “appearance” of individuality, or the ego, in this mundane world originates from the illusory energy (maya) of God and is merely a perverted reflection of the cit potency. It also says that when the individual souls (jivas) remember their position as eternal servants of the Supreme Personality and remember that they have no real relation to the mundane world, they are “incorporated” into the (spiritual) realm of Vaikuntha. What is the cit potency, and what does it mean to be incorporated into the spiritual realm of Vaikuntha?

A. The scriptures say that we are units of sat-cit-ananda in atomic form, but that we have a false sense of identity resulting from our attachment to matter. Thus we think, I am black, I am white, and I am this or that, when in fact we simply are. In other words, I exist (I am), but I am not this or that false identity in relation to the material world because in essence our existence is distinct from matter.

Our sense that “I am” speaks of our potential, not only of existence (sat), but also of cognitive (cit) existence, and as units of cognitive existence we have a purpose, which is to love (ananda). Indeed, being sat-cit-ananda we are the true objects of love in this world.

We seem to love things (matter) because we have identified with matter thinking this is my house, my car, and so on. We care for these things because we have extended ourselves into them, even though as units of cognitive existence we are always distinct from matter. To realize the extent to which we exist and to know the difference between matter (including the mind) and ourselves is to realize our sat and cit nature. To experience the bliss of such an enduring and knowing existence is to taste our own bliss/love—atmananda.

For example, Sukadeva is described in the Bhagavatam as being absorbed in the pleasure of his own self—sva sukham, atmarama. However, knowing that one exists forever, free from suffering, is not the extent of the bliss/ananda that is available in pure bhakti. This is because indeterminate or quality-less existence is devoid of the possibility of reciprocal love with God (Bhagavan), and it is such love that affords the highest bliss.

When a cognitive unit of love (ananda) is graced by Bhagavan’s overture in the form of bhakti, such a soul develops a spiritual identity suitable for reciprocal love with him. In its beginning stages, bhakti is compared to medicine taken to cure the disease of material attachment. When this medicine takes effect, our taste for matter slackens and at that point bhakti becomes more like food, nourishing our desire to love Bhagavan in a particular manner. This sentiment begins to manifest within sadhana bhakti in the devotional stage of ruci (taste). The particular taste we acquire is the result of responding appropriately to the extended hand of our acharya in guru-parampara.

As we advance from ruci to bhava (spiritual emotion), this identity becomes fully mature and blossoms into prema—pure love of God. In this state we are fit to enter, or as the Brahma-samhita states, to be incorporated into the spiritual realm of Vaikuntha, which is the land beyond time and material limitation. For devotees of Bhagavan Sri Krishna, this means entering the eternal pastimes (lila) of Krishna that we have been preoccupied with during our culture of bhakti (krsnanusilanam). Here the so-called impossible becomes possible, and we are graced with a spiritual form that corresponds with the love that we have been cultivating for our Lord. Then we take our place in the play of God—Krishna lila, which is the highest potential for a unit of cognitive existence.