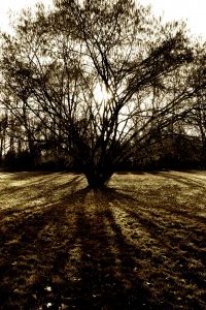 Srila Rupa Goswami informs us that faith (sraddha) is the qualification to tread the path of bhakti: adau sraddha (BRS 1.4.15-16). Sriman Mahaprabhu defined faith as firm conviction in the service of Krishna, sraddha sabde visvasa kahe sudrdha niscaya, krsne bhakti kaile sarva-karma krta haya. In his Bhakti-rasamrta-sindhu commentary to verse 1.2.17, Sri Jiva Goswami states “Thus, it may be concluded that the root cause of a person’s bhakti is faith in the content of the scriptures. Conviction in the contents of the scriptures is called sraddha or faith.” Visvanatha Cakravarti Thakura echoes this in his Madhurya Kadambini (2.5) thus: “Sraddha means to have firm belief in the purport of the scriptures related to bhakti.”

With this understanding in place we are in a position to make the important distinction between genuine sraddha and laukiki sraddha, or worldly faith. Sastriya-sraddha, or the firm conviction in the sastra, is as we see in Sri Jiva’s statement above, the very root of one’s bhakti. The sadhaka learns what the sastra says from the guru and, just as or even more importantly, how to understand the sastra’s teachings in consideration of the context in which they appear in a given text as well as within the overall teaching of the sampradaya. Through the application of one’s intelligence in an effort to arrive at the siddhanta, one’s basic conviction in the path of bhakti (komala sraddha or tender faith) is gradually tempered until it ultimately becomes unbreakable. It is this process that slowly transforms the sadhaka‘s mundane love of material objects into wise love reposed in consciousness.

Laukiki sraddha, on the other hand, looks like faith in the sastra but under scrutiny is revealed to be merely a facsimile of genuine sraddha. Laukiki sraddha is synonymous with sentiment. It is uninformed belief that lacks a solid rational foundation. In terms of our discussion here it refers to faith in a particular interpretation of the sastra without proper understanding of the context. It’s important to note that there is a standard method for determining the siddhanta. That method is known as sastra-yukti. It is the process by which one examines the statements of sastra in consideration of the context in which they appear. Context must be considered relative to the point a given statement is making at any given time and more importantly, in consideration of the overall teachings of the sampradaya. This is why we don’t quote Hiranyakasipu to establish the siddhanta; just because his statements are found within the sastra does not give them equal weight. Some sadhakas have yet to realize the basic fact of relativity within the sastra itself and are thus unable to properly contextualize what they read. This is why not everyone is equally qualified to engage in sastra-yukti. Many sadhakas read and study the sastra, some of them with great dedication, yet come to faulty conclusions about what they read. This speaks to the need for studying the sastra under the guidance of a sadhu who is proficient in deriving the proper conclusions from the texts—sastra nipuna. Without such expertise in sastra one can very easily become a disturbance to the society of Vaisnavas, sruti-smrti-puranadi-pancaratra-vidhim vina, aikantiki harer bhaktir utpatayaiva kalpate.

An egregious example of how this plays out in practice is the belief that one can take initiation from a sadhu who has entered the nitya-lila. This belief takes a perfectly legitimate sentiment for a sadhu and makes a mockery of it by extending it to a degree far beyond reason and without any basis in sastra. Moreover, it flies in the face of a direct sastric statement by Sri Krishna himself on the nature of succession: evam parampara praptam imam rajarsayo viduh—knowledge of the Absolute is made manifest in the world through the agency of the guru-parampara.  Gaudiya Vaishnavism is a tradition of interpretation and the standard, traditional interpretation of this statement is that upon the departure of the guru from the world the guru‘s disciples take up the task of initiating others into the sampradaya. Nowhere in any of the core texts or in the commentaries by the Goswamis or other acaryas is the idea of taking initiation from a departed sadhu even brought up, much less given any serious consideration. The ostensible faith of those who are committed to this idea is revealed to be laukiki sraddha when the proper siddhanta is demonstrated to them and yet they reject it when they hear it. Instead they prefer their sentimental interpretation of the sastra to the demonstrable siddhanta arrived at through proper sastra-yukti. As a result, no amount of logic or scripture will change their minds. This is not sastriya-sraddha; if it were they would change their belief in accordance with the sastra rather than try to make the sastra conform with their belief.

An all-too-common occurrence in discussions of the sastra is the misquotation of it. An example of this might be using the “jivera svarupa haya” verse in an attempt to establish the idea that the siddha-deha is inherent in the baddha-jiva or the notion that the baddha-jiva started out with a relationship with Krishna in Vraja and then somehow fell from that. While at first glance this verse may seem to be solid evidence for such ideas, when understood in the context of the overall teachings of the sampradaya it does no such thing. The verse is actually a general description of the nature of the tatastha jiva as being a servant either of the material or spiritual energies and nothing more. But when this is pointed out does it change the opinion of those who quoted it to support their erroneous conclusions? Hardly. Usually one who makes such a corrective effort is characterized as lacking in realization or is branded as offensive. At the very least one is accused of misinterpreting the sastra. Of course misquoting, misunderstanding, or misinterpreting the sastra is not in and of itself evidence of laukiki sraddha. However, one’s inability to accept the siddhanta when it is demonstrated through sastra-yukti is. This is not to say that different interpretations of sastra cannot exist in the same sampradaya; they can and they do. They exist, however, with regard to interpreting the sastra in a manner that does not contradict the overall siddhanta of a sampradaya, or they exist in terms of rasa-vicara. In either case such interpretations are not only justified but welcomed, as opposed to interpretations that result in philosophical deviation or in an inappropriate mixing of rasas. Therefore if we are to be taken seriously by the society of suddha Vaishnavas, we need to discern whether our faith is based on solid sastric reasoning or on worldly sentiment.

3 Responses to Faith: Real and Apparent