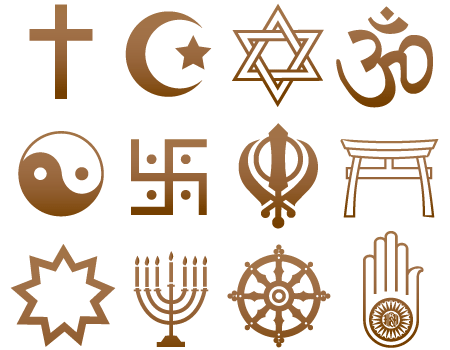 After the Nuptials: Clergy Encouragement of Multi-Faith Couples 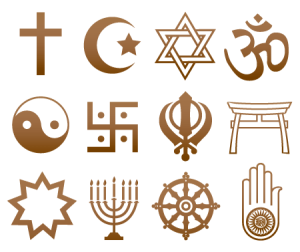 Observers might use the term “quandary” or “mixed blessing” to describe marriages like mine, which is four years young and comprised of an ordained Baptist minister and a devout Hindu who formerly lived as monk.

Sometimes, “wrong” is the more forceful word in play, a harsh judgment that’s usually followed by a superficial interpretation of Paul the Apostle’s admonition to the Church at Corinth against being “unequally yoked.”

Fred and I, like many other mixed-faith couples, are careful with whom we share our kind of marriage. A hesitant posture is always on standby, and often we revert to self-identifying as “ordained ministers” without specifying our religions. People make assumptions that we are both Christian clergy and move on, eager to share stories about their children and pets. We are all too relieved to hear them.

But interfaith marriage has been thrust into the spotlight as of late, with memoirs and journalistic pieces on the rise (and fall) of such pairings. One does not have to Google very far to discover accounts from the couples themselves, the clergy who oppose them, and the beloved communities who encourage them.

The Christian Century highlighted this modern “quandary” in its May 2014 issue, where Celeste Kennel-Shank explored the role of clergy in shaping liturgical services for the weddings of interfaith couples. She explored key questions: how do clergy handle such circumstances? Should you include sacred readings from both traditions? How do you incorporate rituals thoughtfully, with an emphasis on common symbols?

With as much effort as supportive clergy and mixed-faith couples put into planning their nuptials, these partners are tasked with a larger post-honeymoon challenge: how will we make this work day in, day out?

In preparation for the anticipated Christian-Hindu chaos Fred and I would face as a married couple, we underwent six months of pre-marital counseling with my Baptist minister. Dale is a former hospital chaplain who had the good sense to know that we, as ordained members of our religious traditions, needed to engage in far more processing than mutual theological fascination. From Dale’s office couch, Fred and I politely scratched the surface of the at-odds Christian-Hindu spiritual practices that awaited us, including dietary restrictions and where we’d worship. But we were unprepared for exactly how those practices would look on the ground.

After our July wedding, we tasked ourselves with arranging our one-bedroom apartment, the first living space we shared together.

We received a dark wood bookshelf as a wedding present, and I couldn’t wait to load it with impressive tomes by Stanley Hauerwas and the likes of my Duke Divinity School professors.

“Our what?” I thought I misheard him.

Unpacking books yielded a day-long, ping-pong theological debate on the importance (or non-importance) of sacred space in the home. Hinduism is a home religion—namely a kitchen religion—and devout Hindus find it essential to have a personal altar from which they can engage in daily spiritual practices.

But for me, as a born-and-raised Southern Baptist, an altar heralded stereotypical movie scenes in which villains kept shrines of their evil conquests. My evangelical roots warned me that altars—or shrines—were were a sign of mental instability and foray into idol worship. What would my Christian family say about this bookshelf-turned-altar? Would they be horrified at the site of a large, seemingly-out-of-place God-object in our living room, in lieu of a TV? Would they protest at removing their shoes at the door?

But, for Fred, the interfaith altar was integral to our interfaith life. It would be the hub from which all of our spiritual practices would radiate: dietary, scripture study, and prayer. It would make or break our interfaith marriage, because it was symbolic of where our emphasis would rest. Were we ashamed of putting God in the center of our hearts and home?

I conceded to my Hindu husband, because my sheltered Baptist views didn’t hold water to his deep theological argument about God’s tangible presence in the world. As the sun set, we placed sacred Christian and Hindu texts on the two lower shelves and two Hindu photos on the top ledge: one of Fred’s beloved guru and another of the Gaura Niytananda deities Fred served as resident priest and monk in a secluded monastery in Northern California. The altar felt clunky; I was, quite frankly, uncomfortable the idea of God being in my living room.

“At some point, you’ll realize that God is not a guest in our home, but we are guests in God’s home.”

As our newlywed weeks unfolded into months, I watched Fred in his daily spiritual rhythm: up at 5:30 a.m. with a genuflection before our altar, then carefully holding his japa beads in order to chant the holy names of God. In the evening, Fred offered our vegetarian dinner to the framed photos, a Hindu practice of consecrating one’s daily bread, which in turn becomes prasad—a Sanskrit term translated as grace.

Initially, I felt isolated from Fred’s Hindu rituals. Five years of monastic service left him an intensely disciplined idealist. I, on the other hand, hailed from generations of Baptists who couldn’t sit still and placed more emphasis on a messy personal effort with God rather than liturgical or sacramental acts.

Our informal versus orthodox approaches to the Divine muddled our practices, and in turn, our relationship. And, just as Dale had anticipated when he launched us into our journey with counseling, we needed outside assistance. As a balance to Dale’s initial advice, we reached out to Fred’s clergy, his guru, Swami B.V. Tripurari. Swami sympathized with our first interfaith road bump:

“You both want the other to grow closer to God, right? Then it’s important to honor the other person’s faith and tradition above anything else. When you each do that, it works,” Swami offered.

“There will always be points of tension,” he continued. “But what will make it work is finding the unifying ideal that encourages you to rise above and make sacrifices.”

Would Fred and I be able coalesce these seemingly night-and-day religions? Could my aversion to the interfaith altar in our living room instead become my spiritual attachment? Might we ever find spiritual practices that we could engage in together? I was unsure if we could we put aside our personal faith preferences to focus on our unified goal of growing closer to God.

But, Swami’s counseling prompted Fred to offer an adjustment. He’d seen an icon of “Christ in Glory” in Goodson Chapel at Duke Divinity School, the space in which I worshiped as a student and staff member.

I found him fishing through my seminary books.

“It’s in here somewhere,” he said.

He removed a small postcard from a book on incarnational theology, and placed it in a dark wood frame.

“There,” he offered, pleased with himself.

A framed icon of Christ sat atop the shelf, nestled against Fred’s guru and the deities.

“Now, you can offer our evening meals to Christ,” said the former monk, as if adding a spiritual practice were as basic as switching laundry detergents.

For Fred, the connection was obvious. The Christian theological principle of God’s tangible presence transubstantiated through the Eucharist was congruent to the food offered to the deity that in turn became consecrated as prasad (grace).  It was the unifying ideal Swami and Dale had encouraged us to find.

But what if we hadn’t had our clergy’s input? What happens when there are no clergy to help interfaith couples build and maintain spiritual practices that deepen their walk as individuals and partners?

The clergy who have directed us—Dale, Swami, and hosts of friends and witnesses who believe in what we’re trying to accomplish—have become part of our larger, extended family. They are the circle in which we’ll hear no sign of our marriage being “wrong.” They’ve encouraged us to honor our differences and embrace our similarities. Their care has kept us mindful not elevate one person’s chosen spirituality over another’s.

As a result, their love and our interfaith altar has become a household symbol of our life: a commitment to both honoring and amalgamating our spiritual lives.

Each night, just before supper, a candle illuminates the photos of Fred’s guru, the Hindu deities, and the icon of Christ. The light reminds us of the Spirit’s work in our individual spiritual paths, the beauty of community, and the journey we’ve chosen to walk together.

The Rev. J. Dana Trent an ordained Baptist minister and the award-winning author of Saffron Cross: The Unlikely Story of How a Christian Minister Married a Hindu Monk. She blogs at jdantrent.com.