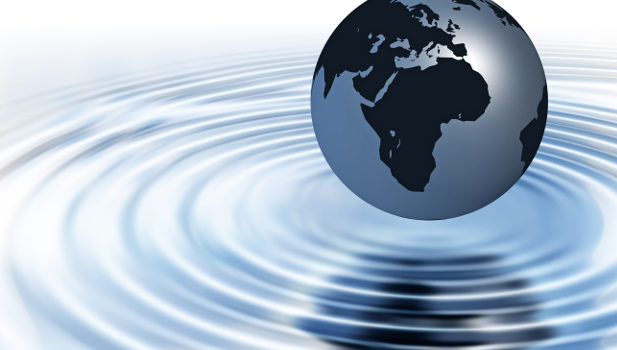 We Aren’t the World 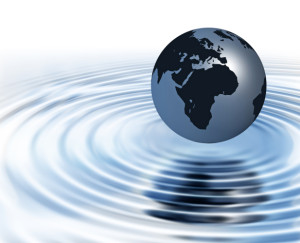 A modern liberal arts education gives lots of lip service to the idea of cultural diversity. It’s generally agreed that all of us see the world in ways that are sometimes socially and culturally constructed, that pluralism is good, and that ethnocentrism is bad. But beyond that the ideas get muddy. That we should welcome and celebrate people of all backgrounds seems obvious, but the implied corollary—that people from different ethno-cultural origins have particular attributes that add spice to the body politic—becomes more problematic. To avoid stereotyping, it is rarely stated bluntly just exactly what those culturally derived qualities might be. Challenge liberal arts graduates on their appreciation of cultural diversity and you’ll often find them retreating to the anodyne notion that under the skin everyone is really alike.

If you take a broad look at the social science curriculum of the last few decades, it becomes a little more clear why modern graduates are so unmoored. The last generation or two of undergraduates have largely been taught by a cohort of social scientists busily doing penance for the racism and Eurocentrism of their predecessors, albeit in different ways. Many anthropologists took to the navel gazing of postmodernism and swore off attempts at rationality and science, which were disparaged as weapons of cultural imperialism.

Economists and psychologists, for their part, did an end run around the issue with the convenient assumption that their job was to study the human mind stripped of culture. The human brain is genetically comparable around the globe, it was agreed, so human hardwiring for much behavior, perception, and cognition should be similarly universal. No need, in that case, to look beyond the convenient population of undergraduates for test subjects. A 2008 survey of the top six psychology journals dramatically shows how common that assumption was: more than 96 percent of the subjects tested in psychological studies from 2003 to 2007 were Westerners—with nearly 70 percent from the United States alone. Put another way: 96 percent of human subjects in these studies came from countries that represent only 12 percent of the world’s population.

Henrich’s work with the ultimatum game was an example of a small but growing countertrend in the social sciences, one in which researchers look straight at the question of how deeply culture shapes human cognition. His new colleagues in the psychology department, Heine and Norenzayan, were also part of this trend. Heine focused on the different ways people in Western and Eastern cultures perceived the world, reasoned, and understood themselves in relationship to others. Norenzayan’s research focused on the ways religious belief influenced bonding and behavior. The three began to compile examples of cross-cultural research that, like Henrich’s work with the Machiguenga, challenged long-held assumptions of human psychological universality.

Some of that research went back a generation. It was in the 1960s, for instance, that researchers discovered that aspects of visual perception were different from place to place. One of the classics of the literature, the Müller-Lyer illusion, showed that where you grew up would determine to what degree you would fall prey to the illusion that these two lines are different in length.

Researchers found that Americans perceive the line with the ends feathered outward (B) as being longer than the line with the arrow tips (A). San foragers of the Kalahari, on the other hand, were more likely to see the lines as they are: equal in length. Subjects from more than a dozen cultures were tested, and Americans were at the far end of the distribution—seeing the illusion more dramatically than all others.

More recently psychologists had challenged the universality of research done in the 1950s by pioneering social psychologist Solomon Asch. Asch had discovered that test subjects were often willing to make incorrect judgments on simple perception tests to conform with group pressure. When the test was performed across 17 societies, however, it turned out that group pressure had a range of influence. Americans were again at the far end of the scale, in this case showing the least tendency to conform to group belief.

As Heine, Norenzayan, and Henrich furthered their search, they began to find research suggesting wide cultural differences almost everywhere they looked: in spatial reasoning, the way we infer the motivations of others, categorization, moral reasoning, the boundaries between the self and others, and other arenas. These differences, they believed, were not genetic. The distinct ways Americans and Machiguengans played the ultimatum game, for instance, wasn’t because they had differently evolved brains. Rather, Americans, without fully realizing it, were manifesting a psychological tendency shared with people in other industrialized countries that had been refined and handed down through thousands of generations in ever more complex market economies. When people are constantly doing business with strangers, it helps when they have the desire to go out of their way (with a lawsuit, a call to the Better Business Bureau, or a bad Yelp review) when they feel cheated. Because Machiguengan culture had a different history, their gut feeling about what was fair was distinctly their own. In the small-scale societies with a strong culture of gift-giving, yet another conception of fairness prevailed. There, generous financial offers were turned down because people’s minds had been shaped by a cultural norm that taught them that the acceptance of generous gifts brought burdensome obligations. Our economies hadn’t been shaped by our sense of fairness; it was the other way around.

Still, I had to wonder whether describing the Western mind, and the American mind in particular, as weird suggested that our cognition is not just different but somehow malformed or twisted. In their paper the trio pointed out cross-cultural studies that suggest that the “weird” Western mind is the most self-aggrandizing and egotistical on the planet: we are more likely to promote ourselves as individuals versus advancing as a group. WEIRD minds are also more analytic, possessing the tendency to telescope in on an object of interest rather than understanding that object in the context of what is around it.

The WEIRD mind also appears to be unique in terms of how it comes to understand and interact with the natural world. Studies show that Western urban children grow up so closed off in man-made environments that their brains never form a deep or complex connection to the natural world. While studying children from the U.S., researchers have suggested a developmental timeline for what is called “folkbiological reasoning.” These studies posit that it is not until children are around 7 years old that they stop projecting human qualities onto animals and begin to understand that humans are one animal among many. Compared to Yucatec Maya communities in Mexico, however, Western urban children appear to be developmentally delayed in this regard. Children who grow up constantly interacting with the natural world are much less likely to anthropomorphize other living things into late childhood.

Given that people living in WEIRD societies don’t routinely encounter or interact with animals other than humans or pets, it’s not surprising that they end up with a rather cartoonish understanding of the natural world. “Indeed,” the report concluded, “studying the cognitive development of folkbiology in urban children would seem the equivalent of studying ‘normal’ physical growth in malnourished children.”

This article was originally written for and published Pacific Standard, and is partially reproduced here without the permission of the author, who is not affiliated with this website or its views.