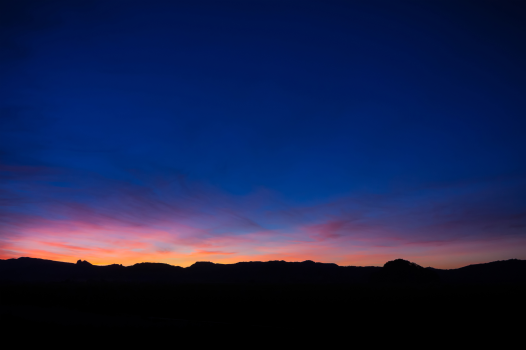 The Subtle Sensations of Faith 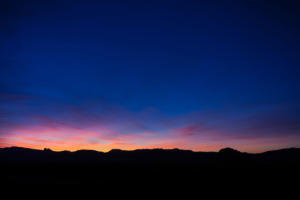 By David Brooks, originally published at The New York Times.

The best modern book on belief is “My Bright Abyss” by my Yale colleague, Christian Wiman. In it, he writes, “When I hear people say they have no religious impulse whatsoever … I always want to respond: Really? You have never felt overwhelmed by, and in some way inadequate to, an experience in your life, have never felt something in yourself staking a claim beyond yourself, some wordless mystery straining through word to reach you? Never?”

Most believers seem to have had these magical moments of wonder and clearest consciousness, which suggested a dimension of existence beyond the everyday. Maybe it happened during childbirth, with music, in nature, in love or pain, or during a moment of overwhelming gratitude and exaltation.

These glimmering experiences are not in themselves faith, but they are the seed of faith. As Wiman writes, “Religion is not made of these moments; religion is the means of making these moments part of your life rather than merely radical intrusions so foreign and perhaps even fearsome that you can’t even acknowledge their existence afterward. Religion is what you do with these moments of over-mastery in your life.”

These moments provide an intimation of ethical perfection and merciful love. They arouse a longing within many people to integrate that glimpsed eternal goodness into their practical lives. This longing is faith. It’s not one emotion because it encompasses so many emotions. It’s not one idea because it contains contradictory ideas. It’s a state of motivation, a desire to reunite with that glimpsed moral beauty and incorporate it into everyday living.

It’s a hard process. After the transcendent glimpses, people forget. Their spirits go dry and they doubt anything ever happened. But believers try, as Rabbi Abraham Joshua Heschel put it, to stay faithful to those events. They assent to some spiritual element they still sense planted in themselves.

The process of faith, of bringing moments of intense inward understanding into the ballyhoo of life, seems to involve a lot of reading and talking — as people try to make sense of who God is and how holiness should be lived out. Even if you tell people you are merely writing a column on faith, they begin recommending books to you by the dozen. Religion may begin with experiences beyond reason, but faith relies on reason.

In his famous fourth footnote in “Halakhic Man,” Rabbi Joseph Soloveitchik writes, “The individual who frees himself from the rational principle and who casts off the yoke of objective thought will in the end turn destructive and lay waste the entire created order. Therefore, it is preferable that religion should ally itself with the forces of clear, logical cognition, as uniquely exemplified in the scientific method, even though at times the two might clash with one another.”

Or as Wiman puts it more elegantly: “Faith cannot save you from the claims of reason, except insofar as it preserves and protects that wonderful, terrible time when reason, if only for a moment, lost its claim on you.”

All this discerning and talking leads to the main business of faith: living attentively every day. The faithful are trying to live in ways their creator loves. They are trying to turn moments of spontaneous consciousness into an ethos of strict conscience. They are using effervescent sensations of holiness to inspire concrete habits, moral practices and practical ways of living well.

Marx thought that religion was the opiate of the masses, but Soloveitchik argues that, on the contrary, this business of living out a faith is complex and arduous: “The pangs of searching and groping, the tortures of spiritual crises and exhausting treks of the soul purify and sanctify man, cleanse his thoughts, and purge them of the husks of superficiality and the dross of vulgarity. Out of these torments there emerges a new understanding of the world, a powerful spiritual enthusiasm that shakes the very foundations of man’s existence.”

Insecure believers sometimes cling to a rigid and simplistic faith. But confident believers are willing to face their dry spells, doubts, and evolution. Faith as practiced by such people is change. It is restless, growing. It’s not right and wrong that changes, but their spiritual state and their daily practice. As the longings grow richer, life does, too. As Wiman notes, “To be truly alive is to feel one’s ultimate existence within one’s daily existence.”

This article was originally written for and published at The New York Times, and is reproduced here without the permission of the author, who is not affiliated with this website or its views.

5 Responses to The Subtle Sensations of Faith