Know Nothing: The true history of atheism 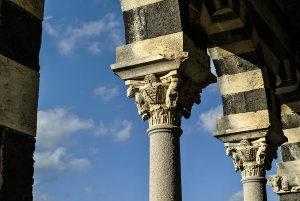 By Michael Robbins, originally published at Slate as a review of Nick Spencer’s book, Atheists: The Origin of the Species.

Nick Spencer begins his spirited history of atheism with a fairy tale. Once upon a time, people lived in ignorant superstition, offering sacrifices to monsters in the sky. Then some clever folks used special weapons called “science” and “reason” to show that the monsters had never really existed in the first place. Some of these clever folks were killed for daring to say this, but they persevered, and now only really stupid people believe in the monsters.

Spencer’s point, of course, is that this received wisdom is naive nonsense—it gets the history of science and the nature of religious belief wrong, setting up an opposition between reason and faith that the church fathers would have found rather puzzling. (Spencer focuses on Europe, whence modern atheism arose, and hence on Judeo-Christianity.) Few historians take this myth seriously, but it retains its hold on the vulgar atheist imagination. To believe it requires the misconception that religion exists primarily to provide explanations of natural phenomena. (“You seriously believe in God?” “Well, how do you explain thunder?”)

A formal definition of religion is notoriously difficult to formulate, but it must surely involve reference to a particular way of life, practices oriented toward a conception of how one should live. “You must change your life,” as the broken statue of the god Apollo seems to say in Rilke’s poem. Science does not—it isn’t designed to—recommend approaches to what Emerson calls “the conduct of life.” Nevertheless, Richard Dawkins claims that religion “is a scientific theory,” “a competing explanation for facts about the universe and life.” This is—if you’ll forgive my theological jargon—bullshit.

To be sure, several scriptures offer, for instance, their own accounts of creation. But Christians have recognized the allegorical nature of these accounts since the very beginnings of Christianity. Basil, John Chrysostom, Gregory of Nyssa, Augustine—they all assumed that God’s creation was eternal, not something that unfolded in six days or any other temporal frame. In the third century Origen of Alexandria wrote:

To what person of intelligence, I ask, will the account seem logically consistent that says there was a “first day” and a “second” and “third,” in which also “evening” and “morning” are named, without a sun, without a moon, and without stars, and even in the case of the first day without a heaven (Gen. 1:5-13)? …. Surely, I think no one doubts that these statements are made by Scripture in the form of a type by which they point toward certain mysteries.

Well, no one but Richard Dawkins. As Marilynne Robinson writes:

The notion that religion is intrinsically a crude explanatory strategy that should be dispelled and supplanted by science is based on a highly selective or tendentious reading of the literatures of religion. In some cases it is certainly fair to conclude that it is based on no reading of them at all.

Science and religion ask different questions about different things. Where religion addresses ontology, science is concerned with ontic description. Indeed, it is what Orthodox theologian David Bentley Hart calls their “austere abdication of metaphysical pretensions” that enables the sciences to do their work. So when, for instance, evolutionary biologist Jerry Coyne and pop-cosmologist Lawrence Krauss dismiss the (metaphysical) problem of how something could emerge from nothing by pointing to the Big Bang or quantum fluctuation, it is difficult to be kind: Quantum fluctuations, the uncertainty principle, the laws of quantum physics themselves—these are something. Nothing is not quantum anything. It is nothing. Nonbeing. This, not empty space, is what “nothing” signifies for Plato and Aquinas and Heidegger, no matter what Krauss believes. No particles, no fluctuation, no laws, no principles, no potentialities, no states, no space, no time. No thing at all.

Atheists: The Origin of the Species seems to have been born out of frustration with these and other confusions perpetuated by the so-called “New Atheists” and their allies, who can’t be bothered to familiarize themselves with the traditions they traduce. Several thoughtful writers have already laid bare the slapdash know-nothingism of today’s mod-ish atheism, but Spencer’s not beating a dead horse—he’s beating a live one, in the hope that Nietzsche might rush to embrace it. Several critics have noted that if evangelical atheists (as the philosopher John Gray calls them) are ignorant of religion, as they usually are, then they aren’t truly atheists. “The knowledge of contraries is one and the same,” as Aristotle said. If your idea of God is not one that most theistic traditions would recognize, you’re not talking about God (at most, the New Atheists’ arguments are relevant to the low-hanging god of fundamentalism and deism). But even more damning is that such atheists appear ignorant of atheism as well.

For atheists weren’t always as intellectually lazy as Dawkins and his ilk. (Nor, to be sure, are many atheists today—Coyne accused me of “atheist-bashing”the last time I wrote about religion for Slate, but I really only bashed evangelical atheists like him. My father and sister, most of my friends, and many of the writers I most admire are nonbelievers. They’re also unlikely to mistake the creation myth recounted above for anything more than the dreariest parascientific thinking.) What Spencer recounts is the true history of atheism, which

had only a limited amount to do with reason and even less with science. The creation myth in which a few brave souls forged weapons made of a previously unknown material, to which the religious were relentlessly opposed, is an invention of the later nineteenth century, albeit one with ongoing popular appeal. In reality … modern atheism was primarily a political and social cause, its development in Europe having rather more to do with the (ab)use of theologically legitimized political authority than it does with developments in science or philosophy.

To demonstrate this, Spencer ranges from the early Christians (accused of atheism by the Romans) to early modern Europe (where “the word was thrown about with as much abandonment as Communist during the McCarthy years, and to a similar effect”) through the forerunners and “pioneers” of atheism in our sense—Machiavelli, Hobbes, Spinoza, Rochester, Mandeville, D’Holbach, the philosophes, Hume, Nietzsche, several others. Obviously many of these precursors, like the early Christians, were, from our perspective, theists. But Spinoza’s naturalistic theism, for instance, was a far enough cry from Judeo-Christian orthodoxy in an age that discerned little light between skepticism and atheism.

Spencer’s account too often trades depth for breadth, but one of his most trenchant themes is that it is more proper to speak of atheisms and of various species of atheist. (One wonders, therefore, why his subtitle adds a definite article to Darwin’s title.) Atheism in the sense of unbelief is probably as old as the gods—although you often had to keep your unbelief under your heretical hat if you wanted your head to remain under it as well. But there is a monster-crammed abyss between finding the notion of a creator implausible and the full-blast anti-Christianity of Nietzsche, who, as Terry Eagleton writes in Culture and the Death of God, “has a strong claim to being the first real atheist.” “The only really effective antidote to the dreariness of reading the New Atheists,”Hart has written, “is rereading Nietzsche.”

This is wise counsel for believers and atheists alike. In Nietzsche we find the full power and terror that atheism is capable of, for Nietzsche scorned mere unbelievers, who, Hart writes,

do not dread the death of God because they do not grasp that humanity’s heroic and insane act of repudiation has sponged away the horizon, torn down the heavens, left us with only the uncertain resources of our will with which to combat the infinity of meaninglessness that the universe now threatens to become.

Nietzsche’s atheism is far from exultant—he is not crowing about the death of God, much as he despises Christianity. He understands how much has been lost, how much there is to lose. As he writes in The Gay Science:

The event itself is far too great, too distant, too remote from the multitude’s capacity for comprehension even for the tidings of it to be thought of as having arrived as yet. Much less may one suppose that many people know as yet what this event really means—and how much must collapse now that this faith has been undermined because it was built upon this faith, propped up by it, grown into it; for example, the whole of our European morality.

Nietzsche realized that the Enlightenment project to reconstruct morality from rational principles simply retained the character of Christian ethics without providing the foundational authority of the latter. Dispensing with his fantasy of the Übermensch, we are left with his dark diagnosis. To paraphrase the Scottish philosopher Alasdair MacIntyre, our moral vocabulary has lost the contexts from which its significance derived, and no amount of Dawkins-style hand-waving about altruistic genes will make the problem go away. (Indeed, the ridiculous belief that our genes determine everything about human behavior and culture is a symptom of this very problem.)

The point is not that a coherent morality requires theism, but that the moral language taken for granted by liberal modernity is a fragmented ruin: It rejects metaphysics but exists only because of prior metaphysical commitments. A coherent atheism would understand this, because it would be aware of its own history. Instead, trendy atheism of the Dawkins variety has learned as little from its forebears as from Thomas Aquinas, preferring to advance a bland version of secular humanism. Spencer quotes John Gray, a not-New atheist: “Humanism is not an alternative to religious belief, but rather a degenerate and unwitting version of it.” How refreshing would be a popular atheism that did not shy from this insight and its consequences.

This article was originally written for and published at Slate, and is partially reproduced here without the permission of the author, who is not affiliated with this website or its views.