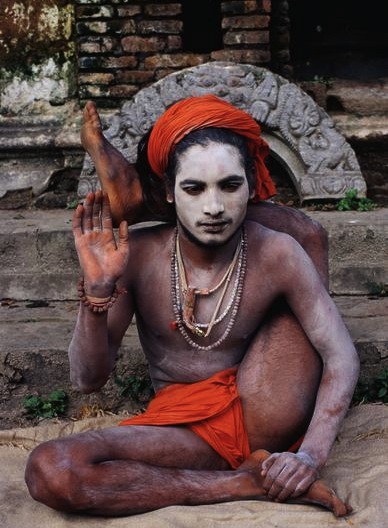 Kyle Garton-Gundling has offered a thoughtful and critical response to my discussions on yogaphobia and the Catholic Church in my recent RD essay, “Is Pope Francis Yogaphobic” and in my recent book, Selling Yoga: From Counterculture to Pop Culture (Oxford, 2014). He questions whether or not my use of the term yogaphobia is fair in the Catholic case, asking, “If Catholic warnings against yoga are misguided, is their error one of style or substance?” In other words, his concern is with whether or not Catholic warnings against yoga are justified or “substantive” based on a desire to guard against real offenses to Catholic doctrine. My critic concludes that the Catholic Church is indeed justified in warning against yoga when warnings are based on perceived incompatibilities between Indian philosophical systems and Catholic doctrine—since such ideological incompatibilities are in fact real.

Such obviously phobic warnings against yoga for its perceived demonic and evil character as well as its associations with Satan by certain Catholic leaders aside, Garton-Gundling hones in on withdrawing my label yogaphobia from the 1989 “Letter to the Bishops of the Catholic Church on Some Aspects of Christian Meditation” of the Congregation for the Doctrine of the Faith (CDF) of the Roman Catholic Church. He suggests, in this case, the Church was justified in warning against yoga since the Letter targets any philosophy that maintains an ontological oneness and therefore circumvents the perceived need for salvation through Christ. In short, my critic argues that Catholic leaders, and especially the CDF, are reasonable in their efforts to steer Catholics from the advaita(non-dualist) vedanta philosophy with which yoga is often, if mistakenly, conflated.

Garton-Gundling raises some important questions about the Letter’s warnings, but I disagree with his conclusions. Understandably, the CDF seeks to prevent Catholics from undermining Church doctrine. Yet, the Letter commits several offenses against any reasonable and informed discussion of the compatibility or incompatibility of yoga and Catholic doctrine. Because of what I will refer to as the excesses of this Letter, the ways it goes beyond a simple warning against a conflicting ideology, I suggest the Letter is indeed yogaphobic.

Garton-Gundling suggests the great diversity of “eastern methods” is implied by the Letter when it states it will ignore methods’ “psychological aspect,” and focus instead on their “theological and spiritual implications.” I suggest, however, that the Letter fails entirely to recognize and take seriously the dramatic distinctions between yoga systems. After all, it lists no specific eastern system, instead referring broadly and essentializing to “eastern methods,” a category that discourages discernment and instead implies some set of shared characteristics or static core.

The underlying assumption is that Catholic doctrine and eastern methods are equally homogenous, irrevocably separate, alien entities. In this way, the Letter betrays a bias toward doctrine as the essence of religion, assuming that the Catholic protest against eastern methods is justified given that a static belief system must underlie any set of practices or techniques and so combining one doctrine (e.g., Catholic doctrine) with a set of practices (e.g., yoga postures) inevitably results in a conflict of ideas. In other words, the Letter betrays the Orientalist tendency to apply an essential identity to all religions by reducing them to a doctrinal core. It fails to attend to the internal dynamics of both lived and historical eastern methods, as they are available to us through the use of anthropological and historical methods. The Letter serves as evidence of the unfortunate reality that, while there is a strong emerging argument for non-essentialist understandings of religions among academics, essentialism still dominates in the popular imagination.

Garton-Gundling acknowledges that the Letter problematically assumes that eastern methods are essentially monistic, a characteristic that undermines a Christian’s commitment to salvation in Jesus Christ. He adds that it is justified, however, in warning against those methods that lead a Catholic to adopt ideas incompatible with Catholic doctrine, which emphasizes the distinction between God and us.

My critic understates the problems resulting from the failure to differentiate between the threats posed by specific philosophical schools, particularly as they correspond with specific body practices. Although yoga is not named explicitly—instead, the letter refers to the “position and demeanor of the body” according to “eastern non-Christian methods of meditation”—it is implicit that yoga is the object under scrutiny, since it is the preeminent body-centered “eastern” method with which contemporary Christians experiment. Furthermore, since most contemporary Christians who experiment with yoga do so with body-centered modern postural yoga, it is reasonable to assume the Letter targets this type of yoga. Modern postural yoga refers to variations that emphasize the systematic adoption and movement through physical postures that are in turn synchronized with the breath. It is this type of yoga that has undergone popularization around the world today.

The Letter suggests that postural and breathing practices can become an “idol and thus an obstacle” to experiencing God. It adds that body practices “can degenerate into a cult of the body,” presumably because of the monistic equation of the self, including the body, with God or the divine.

The question then is whether or not postural yoga systems betray monism or, more specifically, require the practitioner to abandon any distinction between God and us. Historical evidence suggests postural yoga is far removed from the eastern philosophies the Letter perceives as in conflict with Catholic doctrine. In fact, recent scholarship on the history of yoga suggests that postural yoga is based on modern ideas about anatomy and physiology and aims toward modern conceptions of healing, fitness, stress reduction, beauty, and overall well-being. Though it can betray a non-dualist approach to the mind-body-spirit complex, that approach reflects a concern with enhancing the body as a part of immediate self-development and is not linked to any other-worldly soteriological vision. Postural yoga also betrays an approach to healing and resolving suffering that privileges modern biomedical discourse, and the disciplining of desire for the sake of health and beauty, again defined according to modern conceptions. None of those characteristics correspond to any particular eastern monistic soteriological vision but rather can be and are frequently combined with different soteriologies according to individual identities or preferences.

Garton-Gundling argues that, given what Catholics have to lose, namely the salvation of their souls, their aversion to whatever they believe is an obstacle to salvation is reasonably fearful. He suggests, therefore, that the Letter is justified in warning Catholics against yoga when it poses a threat to their salvation. But the type of yoga with which most Catholics experiment, that is, modern postural yoga, does not threaten nor offer a substitute or replacement for a Catholic soteriological path, since its concerns are with immediate self-improvement defined in modern terms, not through cultivating any distant state of salvation that would conflict with a Christ-centered path.

Garton-Gundling suggests the Letter is not yogaphobic strictly in terms of its content. However, the Letter warns of the following severe consequences of eastern body-centered methods: “mental schizophrenia,” “psychic disturbance,” or “moral deviations.” Neither evidence nor reasoned arguments are provided in support of such claims.

Eastern body practices are deemed not only incompatible with Catholic doctrine, but also a threat to basic human stability, not in soteriological terms, but in terms of everyday mental health and moral commitments. In this way, the Letter’s warnings do not exclusively focus on maintaining a consistent commitment to Catholic doctrine. According to the Letter, those engaged in eastern body-centered methods for the sake of anything beyond physical exercise or relaxation are involved in self-destructive activity; that unless the practitioner is an advanced adept no bodily experiences can be legitimately identified as spiritual; and points out that Christians who have acknowledged the meditative role of body practices avoid the “exaggerations and partiality” of eastern methods, which are often recommended to those insufficiently prepared. These warnings reach far beyond the question of whether or not the Catholic is putting her or his soul in danger by embracing monistic ideas that conflict with the Catholic path to salvation through Christ.

Garton-Gundling explains the warning against eastern methods with the following interpretation: “It is worth considering that a Catholic rhetorical emphasis on fears and threats might not be dismissible as a phobia, but is rather an internally consistent outgrowth of the New Testament’s radical warning that “the desires of the flesh are against the spirit” (Gal 5.17), a passage that has been emphasized in the Catholic Pauline and Augustinian tradition.”

To say the warning is a “consistent outgrowth” of a warning against “desires of the flesh,” however, implies that yoga is essentially hedonistic. Yet yoga, even in its most popularized forms, cannot be reduced to pleasure. In postural yoga contexts, self-development requires the practitioner to discipline her or his desire. The yoga practitioner seeks to conquer unhealthy desire in an attempt to cultivate a better self and to live a better life.

Postural yoga serves as one among many ascetic areas of contemporary culture in which a person seeks to repent for the modern sins of eating too much or not exercising enough. In other words, postural yoga is for self-development—most frequently defined in terms of modern conceptions of weight loss, sexual appeal and performance, or health—not for play or pleasure. In postural yoga, pain is put in service of physical and psychological healing and advancement with the aim of immediate self-improvement. Interestingly, the CDF does not dismiss the approach to the body that dominates most postural yoga contexts as it exists in other ascetic contexts of contemporary culture. After all, the CDF offers no Letter warning against Cross-fit, spin classes, or running marathons.

Additional Thoughts and a Question for my Critic

Today, millions of people around the world, including many self-identifying Catholics, practice postural yoga, and in most cases they do so in settings that ignore any connection with “eastern” monistic philosophies. I would be far less likely to apply the label yogaphobia to the Letter if it explicitly differentiated between the dangers of accepting particular yoga systems that were tied to specific eastern monistic ideologies and practicing popularized postural yoga techniques, but it does not. The Letter, furthermore, does not warn against body practices simply because of perceived underlying ideas that conflict with Catholic doctrine or even because they are devoid of Catholic doctrine, but because they are believed to pose a danger to Catholic doctrine. Furthermore, I would withdraw the label if the warning against eastern body-centered methods was put exclusively and explicitly in terms of a particular method’s potential doctrinal confusion or soteriological danger, but the addition of threats concerning psychological and moral stability warrant the term yogaphobia.

My criticism of the CDF’s yogaphobia is an attempt to push against strong misreadings of yoga and its various forms, and, more specifically, the too frequent tendency to seek the essence of yoga in a particular idea or philosophical system. Until recently, that tendency has haunted much of the academic study of yoga, and it is still prevalent in the broader public spheres. Discussions on yoga or, more broadly, eastern body-centered methods, should reflect such methods’ malleability and should attend to historical difference. The CDF’s Letter fails entirely to attend to the particularities of the practices it targets.

I therefore respectfully leave my critic with the following question: having read the Letter and its ominous warnings about eastern body-centered methods’ potential consequences for the soul, the psyche, and the moral life, what devout Catholic would feel comfortable embracing a popularized form of postural yoga, confident that fitness and relaxation will be the only consequences even if they intentionally avoid any non-Catholic soteriological vision?

This article was originally published at Religion Dispatches, and is reproduced here without the permission of the author, who is not affiliated with this website or its views.