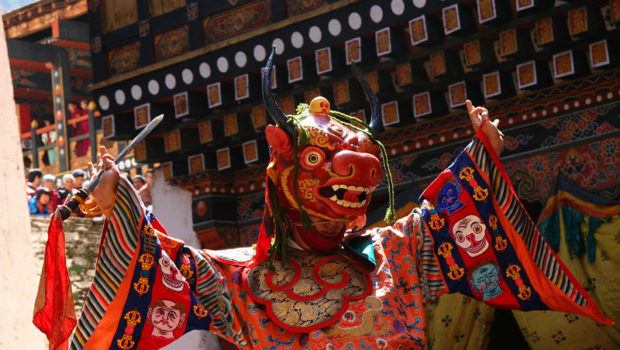 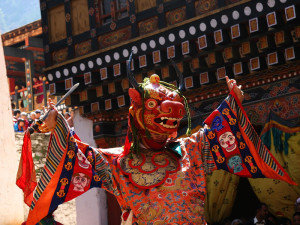 In Bhutanese culture, one is expected to think about death five times a day. That would be remarkable for any nation, but especially for one so closely equated with happiness as Bhutan. Is this secretly a land of darkness and despair?

Not necessarily. Some recent research suggests that, by thinking about death so often, the Bhutanese may be on to something. In a 2007 study, University of Kentucky psychologists Nathan DeWall and Roy Baumesiter divided several dozen students into two groups. One group was told to think about a painful visit to the dentist while the other group was instructed to contemplate their own death. Both groups were then asked to complete stem words, such as “jo_”. The second group – the one that had been thinking about death – was far more likely to construct positive words, such as “joy”. This led the researchers to conclude that “death is a psychologically threatening fact, but when people contemplate it, apparently the automatic system begins to search for happy thoughts”.

The Bhutanese know that death is a part of life, whether we like it or not, and ignoring this essential truth comes with a heavy psychological cost.

Linda Leaming, author of the wonderful book A Field Guide to Happiness: What I Learned in Bhutan About Living, Loving and Waking Up¸ knows this too.“I realised thinking about death doesn’t depress me. It makes me seize the moment and see things I might not ordinarily see,” she wrote. “My best advice: go there. Think the unthinkable, the thing that scares you to think about several times a day.”

Unlike many of us in the West, the Bhutanese don’t sequester death. Death – and images of death – are everywhere, especially in Buddhist iconography where you’ll find colourful, gruesome illustrations. No one, not even children, is sheltered from these images, or from ritual dances re-enacting death.

Ritual provides a container for grief, and in Bhutan that container is large and communal. After someone dies, there’s a 49-day mourning period that involves elaborate, carefully orchestrated rituals. “It is better than any antidepressant,” Tshewang Dendup, a Bhutanese actor, told me. The Bhutanese might appear detached during this time. They are not. They are grieving through ritual.

Why such a different attitude toward death? One reason the Bhutanese think about death so often is that it is all around them. For a small nation, it offers many ways to die. You can meet your demise on the winding, treacherous roads. You can be mauled by a bear; eat poisonous mushrooms; or die of exposure.

Another explanation is the country’s deeply felt Buddhist beliefs, especially that of reincarnation. If you know you’ll get another shot at life, you’re less likely to fear the end of this particular one. As Buddhists say, you shouldn’t fear dying any more than you fear discarding old clothes.

Which isn’t to say, of course, that the Bhutanese don’t experience fear, or sadness. Of course they do. But, as Leaming told me, they don’t flee from these emotions. “We in the West want to fix it if we’re sad,” she said. “We fear sadness. It’s something to get over, medicate. In Bhutan there’s an acceptance. It’s a part of life.”

This article was originally published at BBC Travel, and is partially reproduced here without the permission of the author, who is not affiliated with this website or its views.