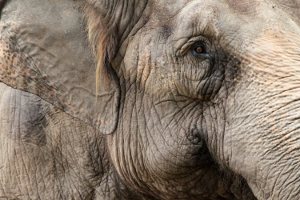 By Tim Flannery, originally published at the The New York Review of Books.

The free-living dolphins of the Bahamas had come to know researcher Denise Herzing and her team very well. For decades, at the start of each four-month-long field season, the dolphins would give the returning humans a joyous reception: “a reunion of friends,” as Herzing described it. But one year the creatures behaved differently. They would not approach the research vessel, refusing even invitations to bow-ride. When the boat’s captain slipped into the water to size up the situation, the dolphins remained aloof. Meanwhile on board it was discovered that an expeditioner had died while napping in his bunk. As the vessel headed to port, Herzing said, “the dolphins came to the side of our boat, not riding the bow as usual but instead flanking us fifty feet away in an aquatic escort” that paralleled the boat in an organized manner.

The remarkable incident raises questions that lie at the heart of Carl Safina’s astonishing new book, Beyond Words: What Animals Think and Feel. Can dolphin sonar penetrate the steel hull of a boat—and pinpoint a stilled heart? Can dolphins empathize with human bereavement? Is dolphin society organized enough to permit the formation of a funeral cavalcade? If the answer to these questions is yes, then Beyond Words has profound implications for humans and our worldview.

Beyond Words is gloriously written. Consider this description of elephants:

Their great breaths, rushing in and out, resonant in the halls of their lungs. The skin as they moved, wrinkled with time and wear, batiked with the walk of ages, as if they lived within the creased maps of the lives they’d traveled.

Not since Barry Lopez or Peter Matthiessen were at the height of their powers has the world been treated to such sumptuous descriptions of nature.

Safina would be the first to agree that anecdotes such as Herzing’s lack the rigor of scientific experiments. He tells us that he is “most skeptical of those things I’d most like to believe, precisely because I’d like to believe them. Wanting to believe something can bias one’s view.” Beyond Words is a rigorously scientific work. Yet impeccably documented anecdotes such as Herzing’s have a place in it, because they are the only means we have of comprehending the reactions of intelligent creatures like dolphins to rare and unusual circumstances. The alternative—to capture dolphins or chimpanzees and subject them to an array of human-devised tests in artificial circumstances—often results in nonsense. Take, for example, the oft-cited research demonstrating that wolves cannot follow a human pointing at something, while dogs can. It turns out that the wolves tested were caged: when outside a cage, wolves readily follow human pointing, without any training.

Safina explains how an evolutionary understanding of the emotions helps us to see even humble creatures as individuals. The chemical oxytocin creates feelings of pleasure and a craving for sociality. So widespread is it that it must have originated 700 million or more years ago. Serotonin, a chemical associated with anxiety, is probably equally ancient: crayfish subjected to mild electrical shocks have elevated serotonin levels, and act anxiously. If treated with chlordiazepoxide (a common treatment for humans suffering from anxiety) they resume normal behavior.

The basic repertory of emotions evolved so long ago that even worms exhibit great behavioral sophistication. After a lifetime studying earthworms, Charles Darwin declared that they “deserve to be called intelligent,” for when evaluating materials for plugging their burrows, they “act in nearly the same manner as a man under similar circumstances.” Emotions are the foundation blocks of relationships and personalities. Driven by the same complex mix of emotion-inducing chemicals as ourselves, every worm, crayfish, and other invertebrate has its own unique response to its fellows and the world at large.

Worms and crayfish may have distinct personalities and emotional responses, but their brains are far simpler than ours. Humans fall within a small group of mammals with exceptionally large brains. All are highly social, and it is upon this group—and specifically the elephants, killer whales, bottlenosed dolphins, and wolves—that Safina concentrates. The last common ancestor of these creatures was a primitive, small-brained, nocturnal, shrew-sized mammal that lived around 100 million years ago. The brains, bodies, and societies of these “animal intelligentsia,” as we might call them, are each very different, making it hard to understand their lives.

Safina sees and describes the behaviors of the animals he’s interested in through the eyes of researchers who have dedicated their lives to the study of their subjects. What is it like to be an elephant? Cynthia Moss, who has lived with the elephants of Amboseli National Park in Kenya for four decades, sums them up as “intelligent, social, emotional, personable, imitative, respectful of ancestors, playful, self-aware, compassionate.” It all sounds impressively human, but elephant societies are very different from our own. Female elephants and their young live separately from males, for example, so they have no conception of romantic love or marriage (though the females can be very interested in sex, enough to fake estrus in order to attract male attention).

Much published behavioral science, incidentally, is phrased in a neutral language that distances us from animals. Safina argues that we should use a common language of grief, joy, friendship, and empathy to describe the equivalent responses of both human and other animals. To this I would add the language of ceremony: What other word but “marriage” should be used to describe the ritual bonding, followed by lifelong commitment to their partners, of creatures like the albatross?

Safina comes to an unfamiliar but empirically based conclusion: prior to the domestication of plants and the invention of writing, the differences between human societies and those of elephants, dogs, killer whales, and dolphins was a matter of degree, not kind. Why, he asks, has it taken us so long to understand this? Are our egos “threatened by the thought that other animals think and feel? Is it because acknowledging the mind of another makes it harder to abuse them?”

The discovery of nonhuman societies composed of highly intelligent, social, empathetic individuals possessing sophisticated communication systems will force us to reformulate many questions. We have long asked whether we are alone in the universe. But clearly we are not alone on earth. The evolution of intelligence, of empathy and complex societies, is surely more likely than we have hitherto considered. And what is it, exactly, that sets our species apart? We clearly are different, but in light of Beyond Words we need to reevaluate how, and why.

Beyond Words will have a deep impact on many readers, for it elevates our relationships with animals to a higher plane. When your dog looks at you adoringly, even though he or she cannot say it, you can be as sure that love is being expressed as you can when hearing any human declaration of eternal devotion. Most of us already knew that, but have withheld ourselves from a full surrender to its implications. Along with Darwin’s Origin and Richard Dawkins’s Selfish Gene, Beyond Words marks a major milestone in our evolving understanding of our place in nature. Indeed it has the potential to change our relationship with the natural world.

This article was originally published at the The New York Review of Books, and is partially reproduced here without the permission of the author, who is not affiliated with this website or its views.

10 Responses to The Amazing Inner Lives of Animals