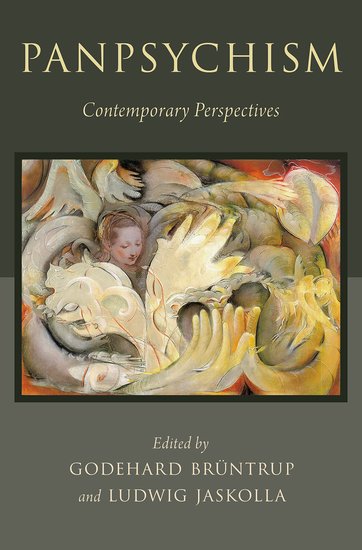 The traditional view puts forward the idea that the vast majority of what there is in the universe is mindless. Panpsychism however claims that mental features are ubiquitous in the cosmos. In a recent opinion piece for Scientific American entitled “Is Consciousness Universal?” (2014), neuroscientist Christof Koch explains how his support of panpsychism is greeted by incredulous stares–in particular when asserting that panpsychism might be the perfect match for neurobiology (see also his piece for Wired in 2013):

“As a natural scientist, I find a version of panpsychism modified for the 21st century to be the single most elegant and parsimonious explanation for the universe I find myself in. … When I talk and write about panpsychism, I often encounter blank stares of incomprehension.” (Koch, 2014, n.p.)

Yet despite abundant skepticism, in the end of 20th century, panpsychism has seen nothing short of a renaissance in philosophy of mind–a trend which is also beginning to be mirrored in the sciences: Physicist Henry Stapp’s A Mindful Universe (2011) embraces a version of panpsychism heavily influenced by the works of Harvard mathematician and philosopher Alfred North Whitehead.

Panpsychism has a long, albeit unfortunately sometimes forgotten tradition in the history of philosophy. Philosophers including Giordano Bruno, Gottfried Wilhelm Leibniz, Teilhard de Chardin, and Alfred North Whitehead have embraced different forms of panpsychism, and indeed the presocratic Thales of Miletus claimed that “soul is interfused throughout the universe” (Aristotle, De Anima, 411a7).

In in his seminal 1979 work Mortal Questions, NYU philosopher Thomas Nagel put forth the idea that both reductive materialism and mind-body dualism are unlikely to be successful solutions to the mind-body problem. Specifically, a reductive world-view leaves the mind lacking any purpose, while a dualist conception deprives the non-spatial Cartesian mind of any connection to spatial matter. Additionally, the idea of an emergent mind seems inexplicable, even miraculous; it merely puts a label on something that otherwise remains completely mysterious. Thus some version of panpsychism might be a viable alternative–and may even be the “last man standing.”

Yet it was not until David Chalmers’s groundbreaking The Conscious Mind (1996) that debates on panpsychism entered the philosophical mainstream. The field has grown rapidly ever since.

Panpsychism is the thesis that mental being is an ubiquitous and fundamental feature pervading the entire universe. It rests on two basic ideas:

(1) The genetic argument is based on the philosophical principle “ex nihilo, nihil fit”–nothing can bring about something which it does not already possess. If human consciousness came to be through a physical process of evolution, then physical matter must already contain some basic form of mental being. Versions of this argument can be found in both Thomas Nagel’s “Mortal Questions” (1979) as well as William James’s “The Principles of Psychology” (1890).

(2) The argument from intrinsic natures dates back to Leibniz. More recently it was Sir Bertrand Russell who noted in his “Human Knowledge: Its Scope and its Limits” (1948):

“The physical world is only known as regards certain abstract features of its space-time structure – features which, because of their abstractness, do not suffice to show whether the world is, or is not, different in intrinsic character from the world of mind.” (Russell 1948, 240)

Sir Arthur Eddington formulated a very intuitive version of the argument from intrinsic natures in his “Space, Time and Gravitation” (1920):

“Physics is the knowledge of structural form, and not knowledge of content. All through the physical world runs that unknown content, which must surely be the stuff of our consciousness.” (Eddington, 1920, 200).

Panpsychism is a surprisingly modern world-view. It might even be called a truly post-modern outlook on reality–mainly for two reasons:

On the one hand, panpsychism bridges the modern epistemological gap between the subject of experience and the experienced object, the latter of whose intrinsic nature is unknown to us. Panpsychists claim that we know the intrinsic nature of matter because we are familiar with it through our own consciousness. Freya Mathews argues in her “For the Love of Matter” (2003):

“… the materialist view of the world that is a corollary of dualism maroons the epistemic subject in the small if charmed circle of its own subjectivity, and that it is only the reanimation of matter itself that enables the subject to reconnect with reality. This ‘argument from realism’ constitutes my defense of panpsychism.” (Mathews, 2003, 44)

On the other hand, panpsychism paints a picture of reality that emphasizes a humane and caring relationship with nature due to its fundamental rejection of the Cartesian conception of nature as a mechanism to be exploited by mankind. For the panpsychist, we encounter in nature other entities of intrinsic value, rather than objects to be manipulated for our gain.

This article was originally published at the Oxford University Press blog, and is partially reproduced here without the permission of the authors, who is not affiliated with this website or its views.