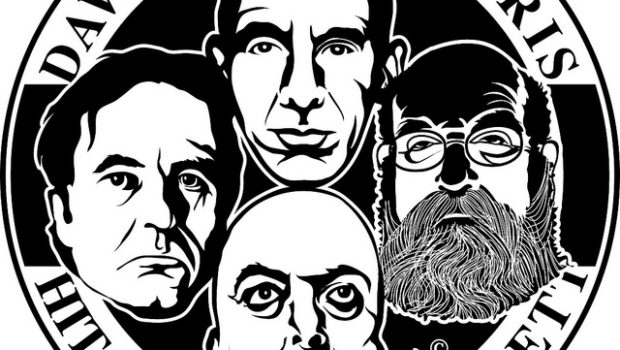 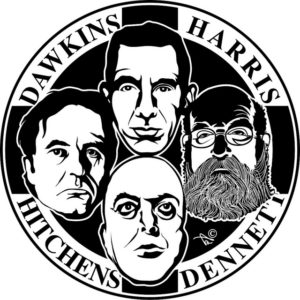 By Theo Hobson, originally published at The Spectator.

The atheist spring that began just over a decade ago is over, thank God. Richard Dawkins is now seen by many, even many non-believers, as a joke figure, shaking his fist at sky fairies. He’s the Mary Whitehouse of our day.

So what was all that about, then? We can see it a bit more clearly now. It was an outpouring of frustration at the fact that religion is maddeningly complicated and stubbornly irritating, even in largely secular Britain. This frustration had been building for decades: the secular intellectual is likely to feel somewhat bothered by religion, even if it is culturally weak. Oh, she finds it charming and interesting to a large extent, and loves a cosy carol service, but religion really ought to know its place. Instead it dares to accuse the secular world of being somehow -deficient.

The events of 9/11 were the main trigger for the explosion of this latent irritation. There was a desire to see Islamic terrorism as the symbolic synecdoche of all of religion. On one level this makes some sense: does not all religion place faith above reason? Isn’t this intrinsically dangerous? Don’t all religions jeopardise secular freedom, whether through holy wars or faith schools? On another level it is absurd: is the local vicar, struggling to build community and help smelly drunks stay alive, really a force for evil — even if she has some illiberal opinions? When such questions arise, a big bright ‘Complicated’ sign ought to flash in one’s brain. Instead, in the wake of 9/11, many otherwise thoughtful people opted for simplicity over complexity. They managed to convince themselves that religion is basically bad, and that the brave intellectual should talk against it. (This preference for seeming tough and clear over admitting difficult complexity is really cowardice, and believers are prone to it too.)

The success of five or six atheist authors, on both sides of the Atlantic, seemed to herald a strong new movement. It seemed that non-believers were tired of all the nuance surrounding religion, hungry for a tidy narrative that put them neatly in the right.

Atheism is still with us. But the movement that threatened to form has petered out. Crucially, atheism’s younger advocates are reluctant to compete for the role of Dawkins’s disciple. They are more likely to bemoan the new atheist approach and call for large injections of nuance. A good example is the pop-philosopher Julian Baggini. He is a stalwart atheist who likes a bit of a scrap with believers, but he’s also able to admit that religion has its virtues, that humanism needs to learn from it. For example, he has observed that a sense of gratitude is problematically lacking in secular culture, and suggested that humanists should consider ritual practices such as fasting. This is also the approach of the pop-philosopher king, Alain de Botton. His recent book Religion for Atheists rejects the ‘boring’ question of religion’s truth or falsity, and calls for ‘a selective reverence for religious rituals and concepts’. If you can take his faux-earnest prose style, he has some interesting insights into religion’s basis in community, practice, habit.

And liberal punditry has softened. Polly Toynbee’s younger sisters, so to speak, are wary of seeing all of religion as a misogynist plot. When Zoe Williams attacks religious sexism or homophobia she resists the temptation to widen the attack and imply that all believers are dunces or traitors. Likewise Tanya Gold recently ridiculed the idea of religion as a force for evil. ‘The idea of my late church-going mother-in-law beating homosexuals or instituting a pogrom is obviously ridiculous, although she did help with jumble sales and occasionally church flowers.’

All these writers admirably refuse to lapse into a comfortably sweeping ideology that claims the moral high ground for unbelief. Life’s complicated, they admit. Institutional religion might be dubious, but plenty of its servants buck that trend with a flair that puts secular culture to shame. To adapt a Katharine Hepburn line, the time to make up your mind about religion is never.

In these pages Douglas Murray recently recounted debating alongside Richard Dawkins and being embarrassed by the crudity of his approach. Murray is not one of life’s fence-sitters: it must have occurred to him that atheism has polemical possibilities that would suit him rather well. But he has the sense to turn down the role of the new Christopher Hitchens. A polemical approach to religion has swung out of fashion. In fact, admitting that religion is complicated has become a mark of sophistication. Andrew Brown of the Guardian has played a role in this shift: he’s a theologically literate agnostic who is scornful of crude atheist crusading, and who sometimes ponders his own attraction to religion. On a more academic level, the philosopher John Gray has had an influence: he is sceptical of all relics of Enlightenment optimism, including the atheist’s faith in reason.

What, if anything, do these newer atheists have to say? In previous generations, the atheist was keen to insist that non-believers can be just as moral as believers. These days, this is more or less taken for granted. What distinguishes the newer atheist is his admission that non-believers can be just as immoral as believers. Rejecting religion is no sure path to virtue; it is more likely to lead to complacent self-regard, or ideological arrogance.

It might sound odd to cite Alain de Botton as a critic of complacent self-regard, but this is central to his stated purpose. Attending to the religious roots of humanism can prod us out of seeing secular humanism as natural, the default position, and incite us to ponder our need for discipline, structure, community, and so on. At one point he commends the Christian perspective, that we are ‘at heart desperate, fragile, vulnerable, sinful creatures, a good deal less wise than we are knowledgeable, always on the verge of anxiety, tortured by our relationships, terrified of death — and most of all in need of God’. Is this mere posturing at depth, for ultimately he does not affirm the idea of our need of God in a sustained, serious way? Yes and no: it is also a mark of the intelligent humanist’s desire to avoid simplistic ideologising and attempt some honesty about the human condition. The key novelty of the newer atheism, perhaps, is its attentiveness to human frailty.

The religious believer might say: we do not need humanism to tell us this. Indeed not, but it might not hurt non-believers, inoculated against all religious talk, to hear of it.

This article was originally published at The Spectator, and is reproduced here without the permission of the author, who is not affiliated with this website or its views.