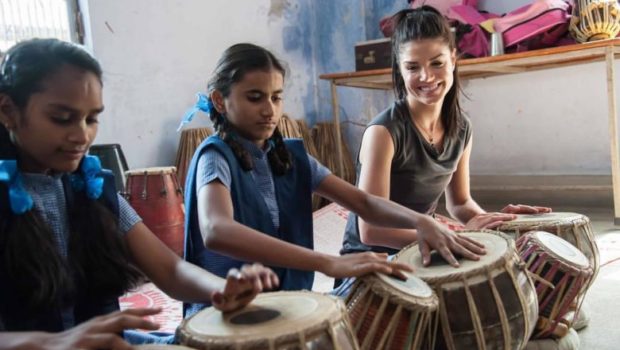 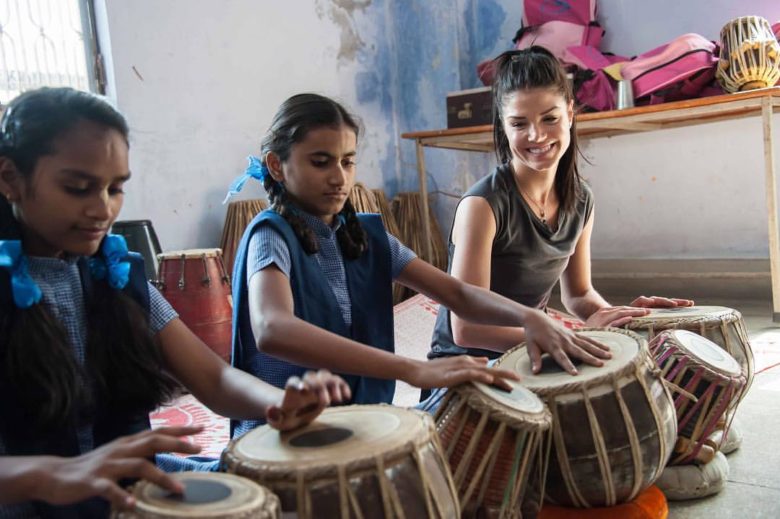 On June 15th, Marie Avgeropoulos, a renowned actress and one of the stars of the popular Emmy-nominated sci-fi series “The 100” hosted an event to benefit Food for Life Vrindavan in Los Angeles.

The event featured six short films about the charity by Avgeropoulos’ “Without Exception Films.” During the event, Ms. Avgeropoulos shared about her recent trip to Vrindavan, and took questions from the audience about her experience.

Here are the six short documentaries filmed by Avgeropolous onsite in Vrindavan:

3 Responses to Girls’ Education in Vrindavan