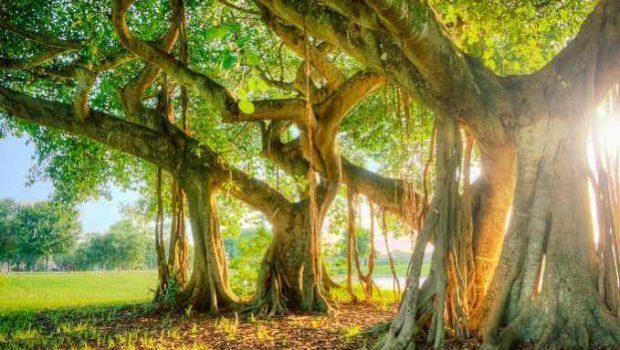 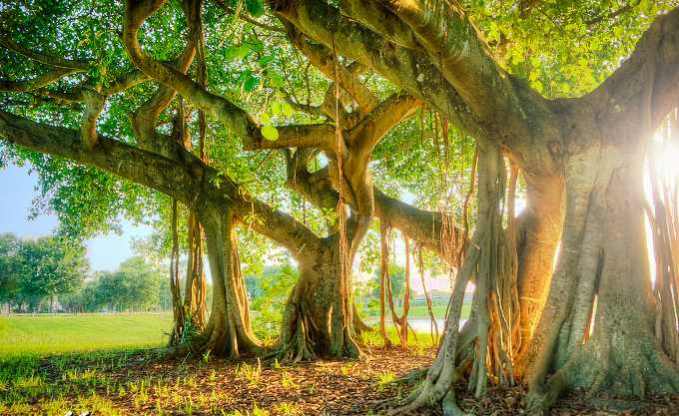 By Rochard Schiffman, originally published by the Yale School of Forestry & Environmental Studies. In his bestselling book, The Hidden Life of Trees, Peter Wohlleben argues that to save the world’s forests we must first recognize that trees are “wonderful beings” with innate adaptability, intelligence, and the capacity to communicate with — and heal — other trees.

As a student in forestry school, Peter Wohlleben was trained to look at trees exclusively as an economic commodity. But after joining a German forestry agency and managing a community forest, he soon became disillusioned with practices like clear-cutting, chemical use, and mechanical harvesting that put short-term profits before sustainability.

Wohlleben was eventually hired by the local mayor to look after the same forest in an eco-friendly way. Today, he manages the forest without using insecticides or heavy machinery, and the trees are harvested by hand and hauled out by horses. He also has started a “living gravestone” project in which townspeople pay the equivalent of the commercial value of an ancient tree to have their ashes interred at its base. The woodland has gone from a money-losing operation to a profitable one.

In an interview with Yale Environment 360, Wohlleben, author of The Hidden Life of Trees, discusses how trees are sophisticated organisms that live in families, support their sick neighbors, and have the capacity to make decisions and fight off predators. He has been criticized for anthropomorphizing trees, but Wohlleben, 52, maintains that to succeed in preserving our forests in a rapidly warming world, we must start to look at trees in an entirely different light.

Yale Environment 360: You write in your book: “When I began my life as a forester, I knew as much about the hidden life of trees as a butcher knows about animals.”

Peter Wohlleben: Forestry students are taught how to harvest wood, what machines to use, how to sharpen the blade of a chainsaw, how to sell the timber, what price to expect — that’s about it. As a young forester I was told to make clear-cuts, to use insecticides, and so on. I thought— “Wait, I am someone who wants to protect nature, and here I am being asked to destroy it!”

I visited some other districts that were operating in an eco-friendly way, and I thought, that’s the way woods should be managed. But the problem is I was still thinking of trees as a commodity, as something to sell, not as living beings. I had to learn from the people of the community where my forest is located how to take a closer look at trees, to see them as unique individuals. I also started reading the latest scientific research that began to present me with a new picture of trees as highly sensitive and social beings.

Wohlleben: We all learn in school that evolution advances by pitting each individual against every other in the struggle for survival. As a forester, I learned that trees are competitors that struggle against each other for light, for space. But we are now learning that individuals of a species are actually working together, they are cooperating with one another.

e360: How exactly do trees cooperate with one another?

Wohlleben: One thing is that mother trees suckle their children, they feed the young tree just enough sugars produced by its own photosynthesis to keep it from dying. Trees in a forest of the same species are connected by the roots, which grow together like a network. Their root tips have highly sensitive brain-like structures that can distinguish whether the root that it encounters in the soil is its own root, the root of another species, or the roots of its own species. If it encounters its own kind, I don’t know if scientists yet know how this happens, but we have measured with radioactive-marked sugar molecules that there is a flow from healthy trees to sick trees so that they will have an equal measure of food and energy available.

e360: How do the healthy trees that feed their sick companions benefit?

Wohlleben: If sick trees die, they fall, which open gaps in the canopy. The climate becomes hotter and drier and the environment becomes worse for the trees that remain. In the forest I manage, students from Aachen University did a study that shows that the parts of the forest that grew naturally were 3 degrees C cooler than those that are managed and disturbed by humans.

The world is trying to limit warming from climate change to 2 degrees, but undisturbed forests can do even better than that. Forests create their own microclimate. When we thin forests, the temperature rises, the humidity goes down, evaporation increases, and all the trees begin to suffer. So trees have a stake in supporting one another to keep all members of the community healthy.

e360: You tell one amazing story in the book about trees keeping neighboring stumps alive.

Wohlleben: This one beech tree was cut four to 500 years ago by a charcoal maker, but the stump is still alive — we found green chlorophyll under the thick bark. The tree has no leaves to create sugars, so the only explanation is that it has been supported by neighboring trees for more than four centuries. I made this discovery myself, and later learned that other foresters have observed this happening as well.

This article was originally published by the Yale School of Forestry & Environmental Studies, and is partially reproduced here without the permission of the author, who is not affiliated with this website or its views.

One Response to Are Trees Sentient Beings?