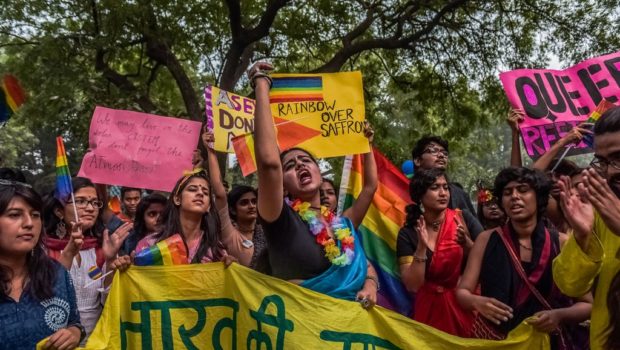 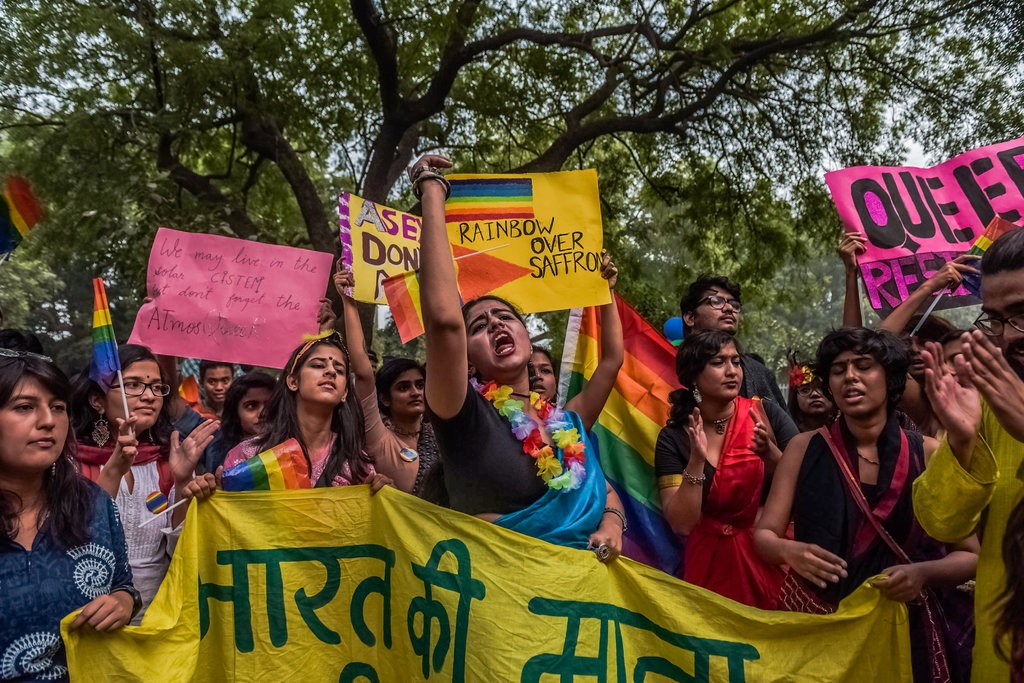 India’s Supreme Court on Thursday unanimously struck down one of the world’s oldest bans on consensual gay sex, a groundbreaking victory for gay rights that buried one of the most glaring vestiges of India’s colonial past.

After weeks of deliberation by the court and decades of struggle by gay Indians, Chief Justice Dipak Misra said the law was “irrational, indefensible and manifestly arbitrary.”

News of the decision instantly shot around India. On the steps of an iconic courthouse in Bangalore, people danced, kissed and hugged tightly, eyes closed. In Mumbai, India’s pulsating commercial capital, human rights activists showered themselves in a blizzard of confetti.

The justices eagerly went further than simply decriminalizing gay sex. From now on, they ruled, gay Indians are to be accorded all the protections of the Constitution.

“This ruling is hugely significant,” said Meenakshi Ganguly, the South Asia director for Human Rights Watch. With restrictions on gay rights toppling in country after country, the ruling in India, the world’s second-most-populous nation, may encourage still more nations to act, she said.

Still, however historic the ruling of the court, considered a liberal counterweight to the conservative politics sweeping India, gay people here know that their landscape remains treacherous. Changing a law is one thing — changing deeply held mind-sets another. And few suggested that other major victories, like same-sex marriage, were on the near horizon.

Many Indians are extremely socially conservative, going to great lengths to arrange marriages with the right families, of the right castes. Loved ones who try to rebel are often ostracized. Countless gays have been shunned by their parents and persecuted by society.

Much of this may also be true in other parts of the world. But what made India stand out from most — at least until Thursday — was its application of an anachronistic law drawn up by British colonizers during the Victorian era and kept on the books for 150 years.

The law banned sex considered “against the order of nature,” and thousands of people were prosecuted under it. But for gays in India, prison was only one of the risks. The law was often used as a cudgel to intimidate, blackmail and abuse.

Just to file the legal challenge that led to Thursday’s ruling was an act of bravery. The more than two dozen petitioners, who included gay, lesbian, bisexual and transgender people, could have been rounded up and arrested simply for identifying themselves as gay and coming forward.

On Thursday, conservative Christians, Muslims and Hindus, who often find themselves at odds with one another, blasted the ruling as shameful and vowed to fight it.

“We are giving credibility and legitimacy to mentally sick people,” said Swami Chakrapani, president of All India Hindu Mahasabha, a conservative group.

Gay activists said they needed to move carefully. The next step, they said, will be to push for more equality in the workplace. Gay marriage, they said, is still a long way off.

In their ruling, the justices said homosexuality was “natural.” They also said that the Indian Constitution was not a “collection of mere dead letters,” and that it should evolve with time.

The court did not rule that the law being challenged, known as Section 377, should be excised altogether. It can still be used, it said, in cases of bestiality, for instance. But it can no longer be applied to consensual gay sex.

This article was originally published by the New York Times and is partially reproduced here without the permission of the author, who is not affiliated with this website or its views.