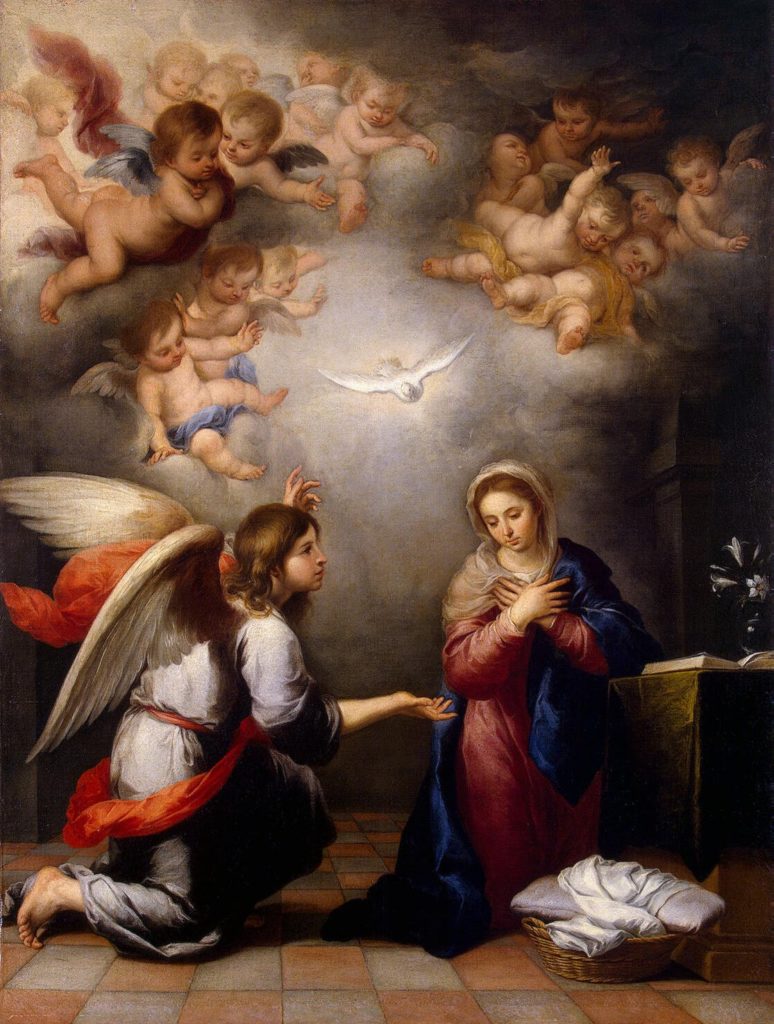 By Christina Andresen, originally published at With Lamps in Hand.

When the angel Gabriel announced to the Virgin Mary that she was the bear the Son of God, Mary, a young girl perhaps no more than sixteen, was drawing water from a well. It was during this mundane act in the midst of the hustle and bustle of Nazareth that the most profound decision was ever made: a woman accepted to have God dwell in her.

With complete trust and courageous strength, Mary replied to the angel, “Behold the handmaiden of the Lord! Let it be to me according to your word” (Lk 1:38).

In that moment, her ordinary, everyday life was completely transformed, and her humble self-offering became the gateway through which all people were able to know God. Suddenly, by her simple yet brave submission to God’s will, heaven and earth were bound together and humanity met divinity in a manner unknown before.

And because of her yes, we, too, now have the chance to proclaim ourselves handmaidens of the Lord, women willing to submit ourselves to the will of our God whenever and however He calls us even in the midst of the everyday. Like the young maidens who follow Mary into the temple to serve God, we, too, can follow her in saying yes when we are called.

For six years, I attended summer camp at Camp Emmanuel in New Mexico, first as a camper and then as a counselor. It was the practice at this camp–and I’m sure many others–that at the end of the week of prayer, fellowship, and struggle, each person was given the opportunity to write a letter to their “future self” about what we had encountered that year at camp. Then, about nine months later, you’d get that letter in the mail, hopefully as a reminder and an encouragement to follow Christ.

I distinctly remember receiving my first letter in the mail and wondering in awe at the familiar handwriting scrawled across the envelope. For some God-inspired reason, the author of that letter had written across the seal of the envelope one simple question:

Are you the Lord’s handmaiden?

Those five words struck me to the core. Was I? Had I been a servant at His table? And who would be so bold as to question me in this way? Of course, I realized once I opened the letter that it was, in fact, I who was asking this question of myself.

The experience of opening that letter was so profound that I thought perhaps this was the question I should be asking. And this is the question I hope you’ll join me in exploring.

Am I the Lord’s handmaiden? And what does that look like in my everyday life? How am I answering the Lord when He comes to dwell in me? Can I, like our sweet Panagia, answer, “Let it be to me according to your word”?

This article was originally published at With Lamps in Hand, and is reproduced here without the permission of the author, who is not affiliated with this website or its views.

One Response to Are You the Lord’s Handmaiden?