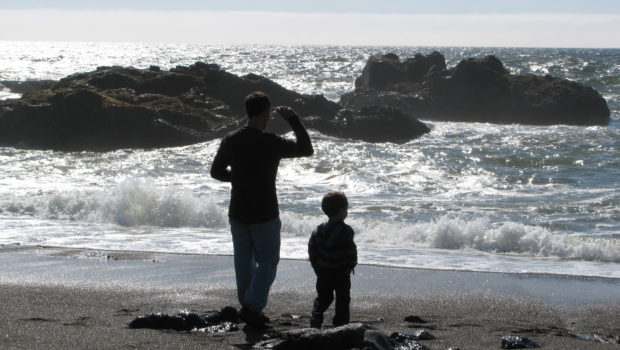 Creating Cohesion between Spiritual Practice and Family Life: From Time-outs to Time-ins 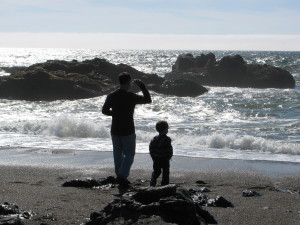 Shortly after my first child turned three years old, I found myself feeling that there was disconnect between my sadhana and my family life. Having two children under four is a consuming endeavor, and presents a unique set of challenges with regards to finding time to engage in daily spiritual practice with steadiness while also attending to the daily, if not moment to moment, needs of the family unit. As a result of feeling a lack of harmony in these various aspects of my life, I approached my spiritual teacher and inquired about how best to navigate this apparent divide. After only a brief pause he most generously offered some insightful advice, which included among several other things, telling me that I should approach parenting as if God had told me to do it.

As is always the case when I am fortunate enough to spend time with my teacher, I felt uplifted and clear about how to proceed, even if I didn’t know exactly how God wanted me to parent. I did know that previously, I had unconsciously thought being a father was an obstacle to my sadhana. Soon however, I began to realize that parenting in fact was an opportunity to extend my spiritual practice to my everyday activities. It gave me an opportunity to practice being loving, patient and generous. Eventually, I started to understand that sadhana and parenting have a symbiotic relationship. The more of my heart I gave to my family,  the more I could give my heart to my practice and which in turn allowed me to be increasingly loving and kind to my wife and children.

Although I was fortunate to have some great advice and association of a loving sadhu along with the fleeting moments of clarity that followed, the hard work of integrating this advice into my life had hardly begun. In the weeks and months that followed, I began to notice that the practice of my ideals for spiritual and family life were falling short of where I would have liked them to be, with perhaps the biggest challenge being how to accommodate an intelligent, willful three year old and the full range of his age-appropriate, boundary-testing behaviors.

I continued my reading of spiritual texts and read many parenting books in search of a way to create cohesion between these two parts of my life. In order to communicate more effectively with my three year old, I tried several different techniques outlined in books written by well-regarded child behaviorists from a variety of schools of thought. Inevitably, the monster meltdown would happen, my buttons would get pushed, I would perhaps get hit in the face by my kid, lose my patience more than I would like, and eventually I would put him in a “timeout”, knowing full well that it was largely an ineffective tool. My overt rationale was that this act would let him know that his behavior was unacceptable, and considering his dislike of time-outs, I felt that this would surely encourage him to alter his conduct. More subtly however, I was displaying my power, letting him know I was in charge and that he needed to respect me. This action however, did not work on a number of levels. Essentially, my child grew to resent time-outs and became so angry at me for giving him one that he did not even recognize that his behavior was inappropriate, if not hurtful at times.

Finding myself at a loss of how to resolve this issue, I talked to a counselor who had significant experience dealing with children and families. She suggested that I change my tactic of time-outs to what she called “time-ins”. She explained that time-outs alienate a child and don’t get to the root of why the meltdown is occurring. Moreover, she discussed how for young children without sufficient language skills, these emotional outbursts are age-appropriate as such children still need to work through frustration, anger and other emotions. The counselor explained that some child psychologists postulate that time-outs produce feelings of shame and guilt, which was really the last thing I wanted to be doing. At least in my mind, it was not an outcome that was in accordance with my spiritual ideals.

Conversely, “time-ins” as I have come to understand them, provide the opportunity to reassure the child, teach about emotions, and give permission for both the parent and child to work through their feelings in a supportive and loving scenario. Essentially, the process involves sitting with the child after or during a meltdown and letting them know overtly they are loved through both words and actions. After some deep breathing and after the height of the flare up has abated, an opportunity is afforded to discuss what happened and how it made both parties feel. Once the situation is calmer, there is opportunity to discuss a better alternative to how to behave in the future. The idea being that a calm child who has the opportunity to go through their feelings in a supportive atmosphere after an emotional outburst is more likely to be able to hear about alternative ways of behaving in the future. This effort is by no means easy; in fact, I have found it to be quite exhausting. However that being said, the results have produced sweet, loving moments, where my child and I have had the opportunity to be with one another and our emotions. Moreover, instead of asserting my dominance through the use of a time-out, it fosters a situation where love can potentially be the guiding, if not ruling principle. However, it is not my intention to suggest that this is some sort of foolproof method of parenting though it has provided desirable results, but practically speaking there have been fewer meltdowns and it has provided a more conducive environment to teach my child about emotions and how to navigate them.

Ultimately, I am not sure this is exactly what my teacher had in mind when he gave me his advice though l do feel somewhat confident there is some intuitive level of understanding, which I imagine will continue to unfold over time. That intuition, tells me that avoiding the potential harm associated with time-outs, teaching about emotions, and providing love during the most challenging of child-rearing moments is perhaps the basis from which I can hope to continue to evolve as a spiritual practitioner with young children.

3 Responses to Creating Cohesion between Spiritual Practice and Family Life: From Time-outs to Time-ins