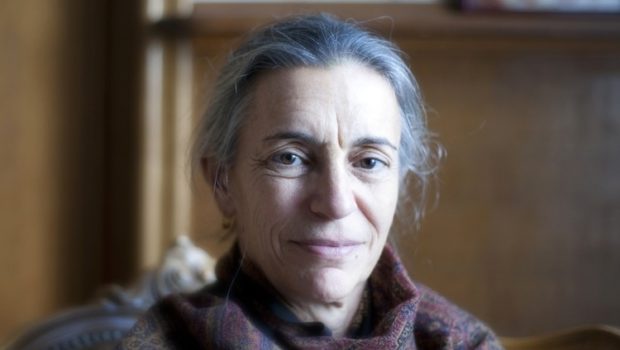 By Jordan Blumetti, originally posted at The Guardian.

Visakha Dasi, an early disciple of Prabhupada’s – tall and willowy, with streaky gray hair pulled back tight – lives with her family in a jungly neighborhood five minutes from the Alachua Temple.

In 2017, she published a memoir about giving up her career in New York as a photojournalist, meeting Prabhupada in India, and joining the movement. She is thought of by fellow devotees as one of the first to be nominated for the guru position should it be permitted.

But she quickly dispels this: “I don’t want to appear like I’m self-serving,” she says. “There are many qualified women, let me speak on their behalf.”

The official position of Iskcon on female gurus was put forth by Anuttama Dasa, global minister of communications and GBC member. “The role of guru is very sacred,” he says, “and trying to balance a religious tradition with modernity is complicated. The GBC is still trying to come to a consensus, but hasn’t yet.”

For now, Anuttama says, there are scarcely any women who openly seek the role, in part because the religion abhors self-serving individualism. But there are plenty of advocates, and younger disciples fighting for women to be their guru. In response to those who claim Visakha is motivated by her own self-interest, Anuttama says: “That’s nonsense.”

In his nigh 50-year career, “I’ve rarely, if ever, seen a woman who was motivated by power or position. I think they’re motivated by the fidelity of the tradition and their concern for future generations of women.” He adds there is parity between men and women in every country where Iskcon operates besides India, which happens to be the spiritual and administrative axis of the religion.

Visakha has been arguing for female gurus for 20 years, and has endured all manner of rebuff, constantly parrying the criticism that she’s a sell-out, a heretic, or, worst of all, a feminist – a term deeply maligned in the religion. “If a woman is qualified to lead, then she leads. It’s not very complex,” she tells me. “However, there’s all sorts of pushback, very complex pushback.”

A main point she makes is the existence of female gurus throughout Indian culture, contemporary and historical. But their presence is often construed as provisional, supplementary, or licentious. One of her most outspoken critics, an American living in Mumbai called Krishna-kirti Dasa, claims that the advanced role of women in Vaishnavi culture corresponded with the sex cults of the 17th and 18th century.

He worries that allowing the influence of women to grow will result in similar sexual indulgences. “If you do allow the unrestricted mixing of men and women, then this is what happens,” he told me. “This” meaning deviant sex, gender parity and “all sorts of abominable things in the name of religion”.

One Response to Female Gurus