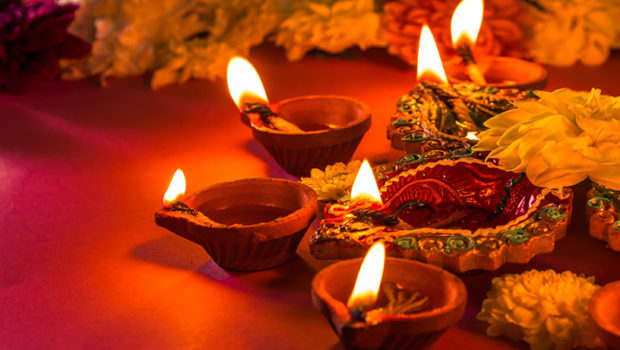 I have a dream I cannot stop having. I’m walking in a dark forest toward a lit house. I never enter the house, but I’m always walking there, I think even when I’m awake.

I’ve never been to a Diwali celebration but I would like to go because it reminds me of my dream. It’s India’s New Year: the day when everyone is born all at once. The moment dark forges darkness, every house lights up from inside—millions of candles lit in dark inner rooms. And then the magic: everyone agrees, it is always this way; this is ordinary, and that’s extraordinary.

Ordinary because light—eternal knowing—is our basic composition. We are made of light. But why, then, do we experience the dark as if it were darkness, as if it were its own absolute reality? Why can’t we live through our nights with our eternal lights on?

Beginnings are boundaries, the stones of a ritual circle that must be laid before the rite.

Beginnings do not contain endings; they contain magic; they contain beginninglessness. They contain the dance of the candle enlivened by the wind. But unlike houses, they are almost always built in the dark.

Krishna Janmashtami, my New Year’s Day, begins in a dungeon. And we all know what dungeons are like. Why there? But this is the way with beginnings: they are the dark grounds between nothingness and endlessness where both risk birth, and death alike.

If Krishna—light itself—is born in darkness, maybe darkness has a point. Maybe.

Krishna’s birth ends—ends is the wrong word—in a home lit by his mother whose heart is the size of the sun. But who protects—encircles—Krishna’s home? Shiva, the Hindu God of destruction, darkness—chaos—personified.

Shiva lets in whatever is favorable for Krishna’s happiness, and keeps out whatever is unfavorable. Shiva, in his own secret darkness, lays the stones of the ritual circle, the circle in which Krishna—light itself, the limitless fire from which all delimited candles are lit—dances, moved by love’s wind.

So in this way chaos—Shiva—is the architect of order, synonymous with beauty, with Krishna’s joy. Shiva is in us, too, a little bit. He’s our protector; he’s our persecutor. Our good persecutor. What will he let in; what will he keep out? Will the rite be New Year’s? Or nothingness? Maybe I shouldn’t ask.