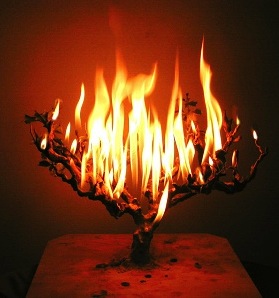 “Die to Live.” There are so many expressions employed by saints, acaryas, and avataras, but for me, these three words have had the most pragmatic and powerful effect. Srila Bhakti Raksaka Sridhara Maharaja borrowed the expression “die to live” from German philosopher Georg Hegel to convey a substantial and pressing point: in order to live in absolute reality, we must let our ego die.

Srila Sridhara Maharaja imbibed this idea of ego death so deeply in his own life that he was able to take a few succinct words of a philosopher and bring out their deepest implication. I have to admit that initially, and rather ironically, the concept of dying to live appealed to me because of my past punk rock identity. When I read Sridhara Maharaja’s explanation of those words they struck me as representing the antithesis to mainstream existence, wherein one fosters a conventional idea of self. I also recognized these words as imperative for spiritual life. I thought, “Yes! This idea is essential for me to grasp and to cling to.” Yet more than just illuminating the profound principle of ego death which all genuine spiritual traditions espouse, Srila Sridhara Swami extends the idea to highlight the path of bhakti. True humility is foundational to any serious spiritual practice and is defined as the absence of the enjoying spirit. The enjoying ego is the root of pride and arrogance and eclipses our natural state of modesty. Ego death, however, in its wake opens up the access road to eternal life.  Ultimate reality is sublime and beautiful, as well as eternal and dynamic. There is movement experienced by the soul called divine lila, or play, which is comprised of dance and song in union with God.

Our current existence, however, seems laborious when it is about actively pursuing ego death. Ego defines our temporal existence. It is this false identity that has been cemented into our consciousness life after life. And that, well, isn’t so easy to shake off. We perceive that false identity to be our “essence.” It is the “I” we think we are and the “who” others claim us to be. Yet for spiritual practitioners, sadhakas, it is this false sense of self that needs to be conquered—and that battle is brutal. The ego dies slowly, through deconstruction piece by piece, and torturously so for most of us. But as we know, whether we actively pursue ego death in a spiritually progressive way or not at all, physical death will pursue us vehemently. The body and mind slowly betray us and embarrass us as they fall short of our expectations and ultimately deteriorate over time. The truth as stated in Vedanta is that there will always be suffering no matter how comfortable one may appear to be in this temporal world. Suffering is intrinsic to our existence. Yet the very drive we have to pursue life with fervor and dedication despite its bluff and all its concomitant pleasures and pain reveals an intrinsic desire for a divine self and an eternal existence.

A sadhaka’s life has uniquely factored in “the hand of god” and although bhaktas may suffer—and sometimes seemingly more so than non-practitioners—it is this progressive pursuance and acceptance of ego death that evolves into eternal bliss. It is one’s life as a sadhaka that binds the ephemeral to eternity. It is a life not just about dying, but also about living in service. Ego death signals the beginning of real life because it is in that state that the selfish enjoying spirit is replaced with a serving one.

The subject matter of the great Srimad-Bhagavatam, in its most basic terms, is ego death. The great king and protagonist accepted his fate of being cursed to die in seven days, and he spent those last moments of life hearing about his beloved Krishna while voluntarily giving up his worldly identity for that of a servant. Metaphorically speaking, his final seven days represent for readers the imminent death of the temporal self. For just like the king, on one of the seven days of any given week, we will also die.

The serving ego is the gateway to bhava, genuine spiritual emotion.  The more we develop the serving ego in this life, in the next life or the one after or perhaps many, many after that, bhava will develop. Bhava is the ingredient by which we gain access to our spiritual ego, our eternal identity. Bhava is the substance of real life for the serious sadhaka wherein there is the ingress of svarupa-sakti, the divine potency that births our spiritual form. At that time we gain entrance by trance into the realm of divine play.

It doesn’t matter if we are sinners, sadhakas, or saintly. This body, to the extent that we identify with it, signifies death. Big or small, it kills us all. It lulls us asleep to our inner eternal reality and startles us awake with a nightmare.  However, available to us right now is the potential to live in seva. It is in that state of existence that we can navigate both the worlds of divine and temporal. To the extent we use our mind and body to serve matter, we are dead; however, to the extent we use them to serve the absolute cause, we live. Living to serve is the companion to dying to live. They go together nicely.

7 Responses to Dying to Live to Serve