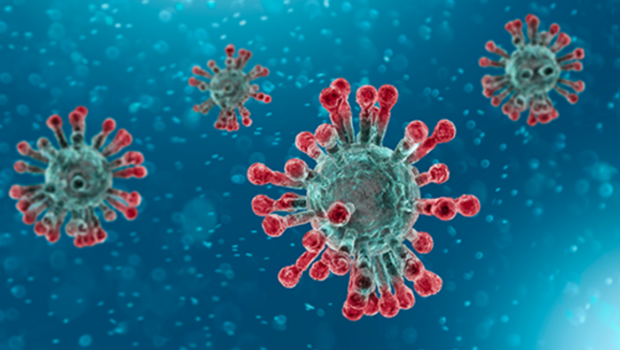 It should come as no surprise to Pope Francis, the author of the encyclical “Laudato Si’,” that at the heart of the COVID-19 pandemic we find a relationship between human beings and the rest of God’s creation that has gone terribly wrong.

Indeed, at the source of the pandemic itself we find a screwed-up relationship between human and nonhuman animals. Of the two main credible theories about where the novel coronavirus came from, one is that it originated in a bat sold at a so-called wet market near Wuhan, China, and passed on to humans who bought, sold, ate or otherwise handled these bats.

Another, more controversial, theory is that a worker at a high-level Wuhan laboratory that was studying bat viruses like COVID-19 accidentally infected himself with the virus and then passed it on to other human beings in his circle.

Whichever of these theories ends up being correct, it is clear that human beings have our relationship with animals to blame for COVID-19.

Peter Singer, the Princeton University philosopher, jumped on this early on. He noted that in a Wuhan wet market the animals (which include live wolf cubs, snakes, turtles, guinea pigs, rats, otters and badgers) experience a “hell on earth.” They are pushed so close together that these sentient creatures “endure hours of suffering and anguish before being brutally butchered”— that is, killed in front of those who are going to buy and eat them.

Singer, author of the 1975 book “Animal Liberation,” explains that adding human beings to these close quarters may have created the kind of environment in which COVID-19 could undergo a rapid mutation that made it able to bind to human cells.

The second theory presumes a no less unethical relationship with animals. If the virus came from researchers dealing with deadly bat viruses in the Wuhan lab, the moral mistake is much the same. Bats and other creatures used in lab experiments are reduced to objects, things to be used or consumed and then discarded.

Secular thinkers like Singer come to this conclusion rather easily, but so should Jews and Christians. In the Bible, animals are said to be “good” in themselves, without reference to any relationship to human beings. Though the animals are brought to Adam to name, and humans are given dominion over all creatures, the idea that animals are there to serve humanity’s purposes is nowhere in the text. God gives human beings a vegetarian diet to eat. “Behold, I have given you every herb bearing seed,” God tells them, “and every tree … to you it shall be for meat.”

Sin enters the world, yes, and screws up the relationship God intended between human and nonhuman animals. (Both of whom, having been made on the same day of creation, contain the breath of life.) But when the Prophet Isaiah insists that a sign of the kingdom toward which we should be working includes lambs lying down with lions and babies hanging out at the lairs of snakes, he is suggesting that we restore a relationship with animals closer to the one God established in Eden.

In light of all this, it’s interesting that last week President Donald Trump issued an executive order mandating that the facilities that process the flesh of animals for humans to eat stay open despite the high risk to meat plant employees.

We are so addicted as a culture to treating animals this way, in other words, we are willing to continue to see continued outbreaks of COVID-19 just to get our fix of a product — that flows from an industry whose profits depend on revolting practices and horrific lives for millions of animals.

An ecosystem is not a sentient being. “Mother Nature” is not a thing. It is simply not true that “the Earth” somehow intentionally responds to our behavior in various ways. This Gaia-like approach to ecology has no place in a monotheistic faith.

On the other hand, how we choose to live in relationship with creation — and especially with nonhuman animals— is at the heart of living in a flourishing relationship with God, neighbor and the ecological world around us. It should be no surprise that things go badly for us when we screw up our relationship with animals, selling out to a throwaway culture that turns them into mass-produced objects to be used as a mere means to our ends.

The COVID-19 epidemic is just the most recent example of this kind of fallout. SARS and bird flu came before it — and there is likely more to come, including “superbugs” resulting from the overuse of antibiotics in factory-farmed animals.

There will be many calls around the world in the coming months to “make sure something like this never happens again.” But unless human beings get into our proper relationship with animals, similar pandemics are almost surely guaranteed to be a constant in our future.