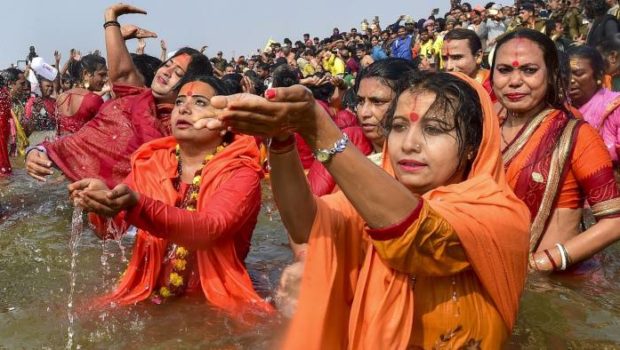 Despite COVID challenges, Kumbh Mela will be held in Haridwar

Uttarakhand Chief Minister Trivendra Singh Rawat asserted that Kumbh Mela will be held in its “divine form” at Haridwar in 2021 despite the practical problems arising out of the COVID-19 pandemic.

Rawat attended a meeting with office-bearers of the Akhil Bharatiya Akhada Parishad (ABAP) regarding the preparations for the 2021 Kumbh Mela, which will begin on January 14.

“The extent of the Kumbh Mela will depend on the status of the COVID-19 at that time. The suggestions of the ABAP and the religious fraternity will also be taken in the decisions, which will be taken according to the prevailing situation. The efforts of the state government will be aimed at ensuring that the devotees do not face any inconvenience,” Rawat said, adding the Kumbh Mela works are being reviewed periodically. “Departmental secretaries have been directed to monitor the works under progress consistently. Chief secretary has also been directed to review the situation in 15 days.”

Kumbh Mela officer Deepak Rawat said that most of the works will be completed by December 15. “Work on nine new ghats (river banks), eight bridges and roads being built for the Kumbh Mela is nearing completion. Special focus is on cleanliness. Works are also being done consistently on drinking water facilitation, parking facility and removal of encroachments,” he said.

As per a release by the Chief Minister’s Office, Urban Development Minister Madan Kaushik said that well-planned arrangements will be made to ensure the devotees face no problem during the Kumbh Mela.

ABAP head Mahant Narendra Giri assured the government that the body will fully cooperate with the state government for the successful organization of the Kumbh Mela.

Kaushik said that 35 to 50 lakh people are expected to take the holy dip in Ganga daily during the Kumbh Mela 2021.