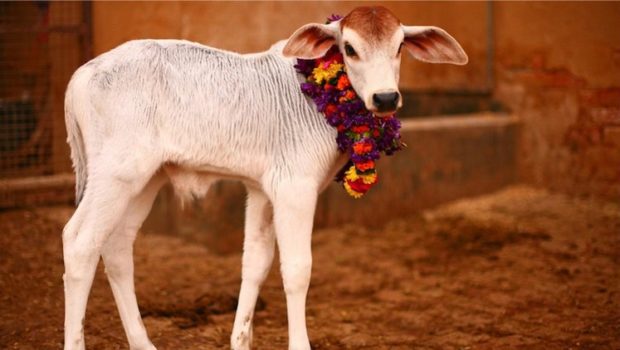 By Marcus Strom, originally published by The University of Sydney

Research at the University of Sydney has shown that cows maintain individual voices in a variety of emotional situations.

Cows ‘talk’ to one another and retain individual identity through their lowing.

Studying a herd of 18 Holstein-Friesian heifers over five months, Ph.D. student Alexandra Green from the School of Life and Environmental Sciences determined that the cows gave individual voice cues in a variety of positive and negative situations. This helps them to maintain contact with the herd and express excitement, arousal, engagement, or distress.

The study recorded 333 samples of cow vocalizations and analyzed them using acoustic analyses programs with assistance from colleagues in France and Italy. The paper was published this month in Scientific Reports.

The conclusion of the research is that farmers should integrate knowledge of individual cow voices into their daily farming practices.

“We hope that through gaining knowledge of these vocalizations, farmers will be able to tune into the emotional state of their cattle, improving animal welfare,” Ms. Green said.

She said that by understanding these vocal characteristics, farmers will be able to recognize individual animals in the herd that might require individual attention.

“Ali’s research is truly inspired. It is like she is building a Google translate for cows,” said Associate Professor Cameron Clark, Ms. Green’s academic supervisor.

It was previously known that cattle mothers and offspring could communicate by maintaining individuality in their lowing. Ms. Green’s research confirms that cows maintain this individual voicing through their lives and across a herd.

“Cows are gregarious, social animals. In one sense it isn’t surprising they assert their individual identity throughout their life and not just during mother-calf imprinting,” Ms. Green said. “But this is the first time we have been able to analyze voice to have conclusive evidence of this trait.”

Ms. Green traveled to Saint-Etienne, France, to work with some of the best bioacousticians in the world, including co-authors Professor David Reby and Dr. Livio Favaro, to analyze the vocal traits of the cattle.

The study will be incorporated into her doctorate, which investigates cattle vocal communication and uses in welfare assessment on dairy farms.