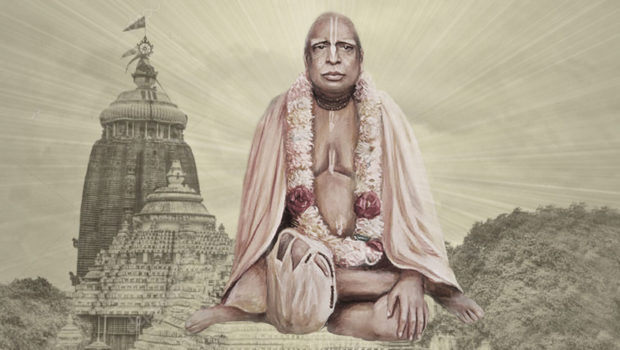 The Simultaneous Inherency and Bestowal of Bhakti—Part 2: A Road Map

On the holy appearance day of Śrīla Bhaktivinoda Ṭhākura, I present the second article in my series—an overview of the topics covered in each article. This is designed to give you a sense of what to look forward to over the coming weeks, as well as a road map of how the presentation will unfold. After this article, I will be publishing one article each week on www.harmonist.us.

Part 1: The History of a Debate. A brief summary of the history of the debate on inherency within the Gauḍīya sampradāya and a general overview of what will be discussed in this series of articles (released already).

Part 2: A Road Map. An overview of the topics covered in each article.

Part 3: The Swan. An explanation of simultaneous inherency and bestowal by way of an analogy, as well as a description of a parable that Caitanya Mahāprabhu related to Sanātana Gosvāmī. To give a foundation to the more technical arguments to come, this article gives a general overview of the concept of simultaneous inherency and bestowal without presenting extensive scriptural quotations.

Part 4: Vaiṣṇava Vedānta. A school of Vedānta is formally established by writing a commentary on the Vedānta-sūtra. This chapter shows that all the Vaiṣṇava ācāryas who have done so—including Baladeva Vidyābhūṣaṇa for the Gauḍīya sampradāya—establish both inherency and bestowal. Although a whole book could be dedicated to this topic, this article provides a compelling summary of the evidence. In the subsequent articles of this series, I will show how Jīva Gosvāmī also establishes simultaneous inherency and bestowal.1

Part 5: The Twenty-One Intrinsic Characteristics of the Jīva. The section of the Paramātma Sandarbha that delineates the twenty-one attributes of the jīva is the primary section of the Sandarbhas for establishing whether bhakti is inherent in the jīva. By summarizing these twenty-one attributes, I begin the discussion of how the Sandarbhas establish the inherency of bhakti. I also explain how all these attributes are only fully manifest when the soul is freed from identification with the material body, which is the so-called fourth state of consciousness. The fact that the fourth state of consciousness is a state of God-consciousness is an initial indication that the natural state of the jīva is a state of God-consciousness: bhakti.

Part 6: The Search for Bliss. In this article, I point out a fatal flaw of those who contend that bhakti is not inherent: the idea that the soul searches not for bliss but rather for the absence of suffering. Those who argue that Jīva Gosvāmī establishes that bhakti is not inherent will have to resolve this glaring problem, since such an idea contradicts not only countless scriptural statements but also statements of Śrī Jīva himself.

Part 8: A Servant of God (Śeṣatva). A parallel statement to dāsa-bhūto harer eva (the soul is a servant of Bhagavān Hari only and never of anyone else) is śeṣatva. Jamatṛ Muni considers śeṣatva to be the primary quality of the soul. But what exactly does śeṣatva mean? We will explore the term in context and see that it means a servant of God.

Part 9: Unmanifest Qualities of the Soul. In this article, I will explore in more detail how some of the qualities of the soul are unmanifest. When one properly understands this point, it is obvious that bhakti is inherent.

Part 12: Understanding Śakti. Continuing an in-depth exploration of śakti, this article explains how Jīva Gosvāmī establishes that the soul uses either māyā-śakti or svarūpa-śakti to act, depending on whether the action is turned away from God (material action) or toward him (spiritual action). However, he clarifies that the soul is only directly a doer, knower, and feeler when it acts, knows, and feels with svarūpa-śakti.

Part 13: The Bliss of the Jīva. This article picks up on the topic presented in article 10—the proper translation of cid-ānandātmakaḥ (intrinsically of the nature of knowledge and bliss). Some devotees try to establish that the ānanda of the jīva is merely the lack of suffering (not bliss) based on Bṛhad-bhāgavatāmṛta. I show why their understanding is incomplete.

Part 14: The Soul Is Not Subject to Transformation. This article refutes another objection of those who say that bhakti is not inherent—that the manifestation of the soul’s qualities (jñāna-śakti in particular) would violate the principle that the soul is not subject to vikāra (transformation or change).

Part 16: The Manifestation of Śakti. This article, an excerpt from the upcoming book of Swāmī B. V. Tripurāri, Circle of Friends, illustrates practically the theoretical points that have been discussed in this series of articles. It shows the interaction of the three śaktis in the life of a sādhaka and illustrates how his or her svarūpa—with all its twenty-one qualities—slowly starts to manifest as the jīva makes progress on the devotional path by the mercy of a devotee.

Part 17: Baladeva Vidyābhūṣaṇa’s Govinda-Bhāṣya. Because Jīva Gosvāmī’s Sandarbhas can be difficult to understand, it is immensely helpful to see how other ācāryas in our line understand the siddhānta that Śrī Jīva establishes. Who better to look to than Baladeva Vidyābhūṣaṇa, who has been called a second Jīva.2 I do so by examining his commentary on the final ādyāya of the Vedānta-sūtra, where he establishes that the spiritual body (svena rūpeṇa) that the soul attains upon entering the spiritual world is not a result of sādhana but rather a manifestation of the soul’s svarūpa.