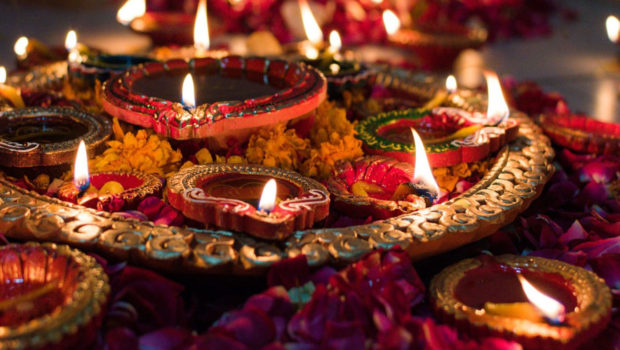 The Simultaneous Inherency and Bestowal of Bhakti—Part 14: The Soul Is Not Subject to Transformation

Although Jīva Gosvāmī says that the soul it not just knowledge alone but rather also has jñāna-śakti, some devotees argue that the jñāna of the jīva only amounts to consciousness and the jñāna-śakti is only a “quality potential,” by which they mean that spiritual jñāna-śakti is not actually an inherent attribute of the jīva but one that has the potential to manifest in conjunction with the svarūpa-śakti. In other words, the actual potency (śakti) does not reside in the jīva but in the svarūpa-śakti. Such devotees explain that since the jīva is conscious, he has the ability to identify with either a material or spiritual body. By identifying with the svarūpa-śakti, they say that the jīva can become one with the svarūpa-śakti like an iron rod can become hot like fire. Although such an iron rod essentially acts as fire, it still remains constitutionally different than fire. Thus, they are forced to admit that in their conception, the potential actually resides in the svarūpa-śakti, not the iron rod. Hence the term “quality potential.”

Along the same lines, these devotees argue that the jīva does not have inherent transcendental dharma-bhūta-jñāna [knowledge as an attribute].1 They say that dharma-bhūta-jñāna is received from devotees and that if such knowledge were present in an unmanifest state in the jīva, then its manifestation would create vikāra (transformation) in the jīva. Since one of the characteristics of the jīva is that he is not subject to change (na vikārī), they argue that the manifestation of transcendental knowledge would create an unacceptable transformation in the jīva if such knowledge were inherent. They uphold that the soul only has inherent jñāna-svarūpa, which they define as consciousness. They say that consciousness identifies with transcendental knowledge and becomes one with it in a similar way that an iron rod becomes one with fire.

Devotees who assert that the manifestation of dharma-bhūta-jñāna would create vikāra in the ātmā also say that the same argument holds true for the spiritual body as for dharma-bhūta-jñāna.4 In other words, they say that if the spiritual body were inherent but unmanifest, its manifestation would create vikāra in the ātmā. Therefore, they opine that the jīva merely identifies with the siddha-deha in a similar way to how the soul identifies with the material body: influencing it like a magnet drags iron filings. They argue that because the soul and the siddha-deha do not contact each other (like a magnet does not contact iron filings to move them), there is no change in the jīva when he identifies with the siddha-deha. In other words, they believe that both eternal knowledge and the siddha-deha are external to the jīva (never directly contacting the soul). In this article, I will discuss the numerous problems with this understanding. I will also show the flaw in the primary assertion—that the manifestation of eternal knowledge would cause unacceptable vikāra in the jīva.

Perhaps the most important point to consider is that although Jīva Gosvāmī often compares the material body to iron filings, he never compares the svarūpa-śakti to iron filings. Indeed, the analogy doesn’t hold because unlike material nature, which is compared to iron because it is unconscious, the svarūpa-śakti is conscious. It would thus be inappropriate to compare the siddha-deha to iron that is dragged by the ātmā (magnet). Notwithstanding, Jīva Gosvāmī does quote a verse from Viṣṇu Purāṇa that some may mistakenly think supports the idea that the relationship between the ātmā and the siddha-deha is like a magnet and iron filings: “O sage! The Lord bestows his qualities on the person who meditates on him by his śakti, just as a magnet produces similar qualities in iron.”5 You will notice that here it is the Lord who is compared to the magnet, not the jīva. The iron filings seem to refer to the jīva; however, reading the verses that come before and after Viṣṇu Purāṇa 6.7.30 clarify that it is the practitioner’s material mind that is drawn to the Supreme Lord and thereby becomes spiritualized. Therefore, this verse describes the relationship between consciousness and matter in the same way as the other verses that use the magnet and iron analogy: consciousness/spirit drags matter but never contacts it directly.

Perhaps someone might argue that it is the siddha-deha (magnet) that drags the ātmā (iron filings). However, this suggestion also fails. The reason again is that the ātmā is not inert like iron. Being conscious itself, the ātmā does not need to be animated. Indeed, what would be the purpose of a conscious soul that is merely dragged around as if it were inert? The whole point of the magnet/iron filings analogy is that the real doer is the magnet, not the iron filings. Thus, if the soul is like iron filings, then it is not a real knower, doer, and enjoyer—which, of course, contradicts Paramātma Sandarbha.

But if we reject this understanding, then how do we answer the challenge that eternal knowledge cannot be unmanifest in the soul because its manifestation would transform the soul? Before I answer according to our Gauḍīya ācāryas, let me first point out that in Viśiṣṭādvaita not only the jīvas’ jñāna-svarūpa but also the jīvas’ spiritual dharma-bhūta-jñāna undergoes no change:

The dharma-bhūta-jñāna of Paramātma never undergoes any changes. For Him, an object need not be in contact with senses to receive knowledge of the object. He is fully cognizant of all objects at all times to the fullest extent (yaḥ sarvajñaḥ sarvavit). For mukta-jīvas also, the dharma-bhūta-jñāna is fully expanded, unbounded, and illuminates with a full intensity equal to that of Paramātma. For baddha-jīvas in the saṁsāra, the dharma-bhūta-jñāna becomes covered and the extent to which it gets covered depends on the body they take. The body is made up of senses and it is through the senses that one can perceive things. The body they take depends on their karma.6

Unlike Viśiṣṭādvaita’s concept of expanding and contracting dharma-bhūta-jñāna, the Gauḍīya concept of spiritual knowledge manifesting does not result in a change occurring. This is because the Gauḍīyas say that there are two different jñāna-śaktis—material and spiritual—not one śakti that expands and contracts. Thus, when spiritual jñāna-śakti (svarūpa-śakti) manifests, it is not the same as dharma-bhūta-jñāna expanding because spiritual jñāna-śakti does not undergo material transformation.

Baladeva Vidyābhūṣaṇa also refutes the idea that the manifestation of dharma-bhūta-jñāna creates vikāra in the jīva by stating that the jīva’s dharma-bhūta-jñāna is eternal [and is therefore not subject to change]. In his Govinda-bhāṣya commentary, he asks, “Is the knowledge which is manifest as a quality (dharma-bhūta-jñāna) of the jīva eternal or temporary?7 He answers in his commentary to sūtra 2.3.26:

Finally, in his commentary on Bhagavat Sandarbha 8, Jīva Gosvāmī confirms that spiritual śakti does not change when it goes from unmanifest to manifest. He says that if śakti did not exist when it was unmanifest, that would mean that its very svarūpa would be destroyed. This is impossible because the svarūpa of spiritual things is eternal. Therefore, spiritual śakti still exists even when it is unmanifest. He emphasizes, “One should not worry that there will be contrary action in Brahman (producing change where there should be no change) since the manifested object reveals itself. … The meaning is this. Because he does not have guṇas, he is without change.”12 This truth is beautifully explained in Sanātana Gosvāmī’s Bṛhad Bhāgavatāmṛta, when he describes the inhabitants of Vaikuṇṭha: “Those devotees have attained the absolute limit of changelessness, yet they playfully show all kinds of transformations while taking part in their Lord’s pastimes.”13 Sanātana Gosvāmī comments: “The devotees who take part pretend to undergo transformations just to create the varieties that give the Lord pleasure.”14

As these quotations establish, there is no validity to the assertion that the manifestation of transcendental knowledge would create unacceptable vikāra in the jīva. Thus, unlike a magnet and iron filings, which never make contact, the ātmā and the siddha-deha are nondifferent, having an identity relation (a relation of something with itself, not to be confused with something identifying with something else). How could it be otherwise? If we didn’t have oneness with our own spiritual body and if we never directly contacted it, then we would be different from it. The one who identifies with the spiritual body would be forever distinct from that spiritual body because identification implies duality. Mere identification with the siddha-deha also implies that the identification happened at a point in time, indicating that the relationship isn’t eternal. This understanding also gives rise to the troubling doubt that our spiritual existence is akin to watching a movie that we don’t directly participate in. Therefore, in the next chapter, let us fully dispel these doubts by continuing to examine what the scriptures say about the nature of the relationship between the ātmā and the siddha-deha.

2 Responses to The Simultaneous Inherency and Bestowal of Bhakti—Part 14: The Soul Is Not Subject to Transformation