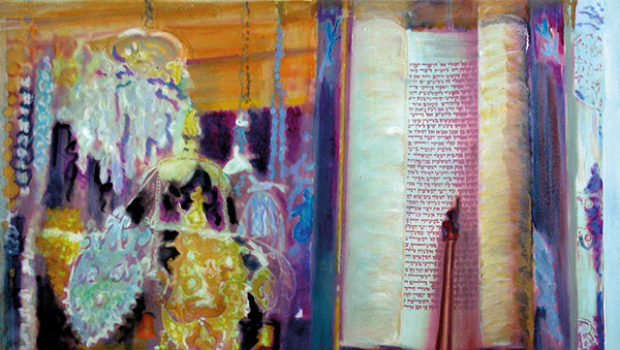 The Dance of Devotion

Religious discipline confounds the modern sensibility because it upends our ideas about the value of discipline and sacrifice. To a person steeped in modern heroics, religious discipline looks solely like abstention, with none of the benefits of lifestyle discipline. It is giving up pleasurable things just to make your life less enjoyable; it is overcoming, ignoring, or dismissing your own desires solely from masochism, or because of communal expectations, which is the worst possible sin these days, to do something because someone or some group expects you to. (Contrast this with the Talmudic discussion of whether it is better to perform an action because you’re commanded to or because you want to, which rules firmly on the side of commandment: “Greater is one who is commanded to do a mitzvah and performs it than one who is not commanded to do a mitzvah and performs it.”) People often disdain the religious because they feel the religious expect them, too, to give up the things they enjoy. (Sometimes we do, but not as often as people assume.) And faith pervades every aspect of our lives, but we can’t monetize it or craft “peak experiences” out of it. There’s not going to be the satisfaction of a finish line even if it’s a sort of marathon. It is production with no product, a project with no deadline, a rock face with no summit.

But what if, instead, people saw all our pesky obligatory rituals, and all the stuff that looks like deprivation for deprivation’s sake, not as a program of self-torture but as a technology by which we allow ourselves to refine a certain set of skills? What if a life of faith is itself a kind of creative pursuit, or an athletics of the soul? “It’s like a beautiful old cathedral or an old building,” a cloistered Poor Clare told the writer Abbie Reese for her book Dedicated to God: An Oral History of Cloistered Nuns. “The life is a work of art, this eight-hundred-year-old order.” This is the thesis of the Stanford anthropologist T. M. Luhrmann, who has written prolifically about religious ritual and its effects on believers. After careful observation in environs as different as synagogues for newly Orthodox Jews in California and charismatic churches in Ghana, Luhrmann posited that the behavioral structures of religions are not in place only as a means of worshiping God, but also as a way of shaping the human beings themselves, by making them more open to mystical experiences, more oriented toward gratitude, more meticulous about small, detailed actions like the kind involved in ritualistic behaviors, and better able to enter a state of pure attention (she calls this “absorption”), among other things. “In fact, when you look carefully, you can see that church is about changing people’s mental habits Sunday by Sunday so that they feel that God is more real, more relevant, and more present for them,” Luhrmann writes in How God Becomes Real: Kindling the Presence of Invisible Others.

In the course of working on a book about religious conversion, I’ve met many people who have given up all manner of things in service of their newfound beliefs: driving, television, alcohol, meat, social media, the ability to leave their place of residence whenever they want, zippers, coffee, health insurance, property ownership, footwear, pork, sex, marriage. They’ve made public and private promises never to partake not only of luxuries, but of the kinds of things most people, certainly most Americans, consider essential. These choices are not random acts of self-denial. Often they bind the person practically to a faith community: an Amish convert I recently spent time with said she obviously understood a car would be more convenient than a buggy, but it would give people the ability to travel further outside their area on a more regular basis, and thus fracture the strong ties they shared with one another. Sometimes, in the case of nuns or monks, the sacrifices are made in an attempt to strip away worldly distractions to allow them to more readily enter the meditative state required for prayer.

When you subtract the religious element of some of these choices, they make evident sense to even a secular observer. Abstaining from alcohol, under the clever new label “sober curious,” has been massively trending for the past few years, and among the benefits people cite, maintaining clearer cognition ranks highly. A person who gives up alcohol is still likely to be judged by others as uptight, but less than the Mormon or Muslim who doesn’t drink for religious reasons, even though maintaining a clear mind is part of the reason for the ordinance in both faiths.

Much religious discipline does involve a measure of bodily denial, in the case of alcohol, food, or sex. For some, that isn’t wholly pleasant. I do not enjoy keeping kosher all that much, actually. I don’t miss the cheeseburgers or lobsters of my youth at all, and I enjoy thinking of skipping these as a potential opportunity for holiness, but I absolutely hate how often I have to turn down food when I’m visiting others (no matter how many caveats I offer, it never fails to come across as rude) or how difficult it makes traveling. The difficulty, it turns out, is rather by design. In a Midrashic commentary on the book of Vayikra, Rabbi Elazar ben Azaryah is quoted as saying, “Whence is it derived that a man should not say: I do not desire to wear [linen and wool]; I do not desire to eat the flesh of a pig; I do not desire to cohabit with [improper sexual relationships]. I do desire it, but what can I do? My Father in heaven has decreed against it!” The twinge that comes with renunciation – so deeply alien a concept, let alone a value, to twenty-first-century morality – helps us craft our bodies as well as our lives into vessels for holiness.

Just as becoming an elite athlete requires both an intense physical regimen and the ability to maintain psychological focus, a life of religious devotion requires practices of renunciation to hone our physical, mental, and spiritual muscles, as well as attention to the mind and the body and the delicate interplay between them. The comparison becomes even more apt when you look at the kind of language athletes use to describe the way they feel at peak performance. “The body, by force of the soul, can in fact be converted into a luminous fluid. … When, in its divine power, it completely possesses the body, it converts that into a luminous moving cloud and thus can manifest itself in the whole of its divinity.” This statement wouldn’t be out of place in the writings of a mystic like Hildegard of Bingen. But no: it comes from the modern-dance luminary Isadora Duncan’s memoir.

When a dancer performs “Blue Danube” with Duncan’s choreography, onlookers may watch, breathless, feeling certain that they’re witnessing a work of near-divine beauty. They can sense some kind of greatness at work – greatness both of body and of spirit – and feel grateful that others have toiled to realize it for their consumption. Some may wish to try to mimic this experience in their own lives, by running marathons or swimming great distances or going on arduous hikes; they might even recognize that some of what satisfies them about doing so is directly related to the mental and physical hardship involved, about feeling it and enduring it and then moving beyond it.

Religion, even, can attract this kind of discomfort tourism: think of the people who sign up to do ten-day silent retreats at Zen centers, or who apply to live for a short time with an Amish family, or who pay to dunk in a ritual mikvah in hopes of manufacturing some kind of spiritual experience, or because they have some kind of vague sense that emotionally charged moments should be marked in a way that is sacred but they have no idea how to do that in a culture bereft of such opportunities. Personally, I am skeptical that these small bursts of discipline have the long-lasting salutary benefits people seek. They may help clear your mind or refine your spirit or strengthen your body in the short term. But once you go back to your default state you would have to redo the exercise just to reach that same level, as it would be if a musician ceased to practice daily and then tried to perform Paganini on the spot.

The elite athlete and the perfected mystic must not only dabble in discipline, not only praise it, to paraphrase a Cervantes quote, but submit to it. And while achievement in the realms of spirituality and performance are reached via remarkably similar disciplined paths, only the performative is met with ovation. Maybe that’s fine, because acclaim isn’t at all the point. For some, public acclaim is itself the thing to abstain from; avoiding it becomes, as it does for the cloistered, its own kind of discipline, another way in which religious values stand in opposition to the moral lodestars of our time. The invisible devotees among us, whether the Poor Clares or the bedraggled Jewish women of the Bronx: we dance on the heads of pins, and maybe few people see or care, but it’s the most exquisite ballet you’ll never see.

This article was originally published by Plough and is partially reproduced here without the permission of the author, who is not affiliated with this website or its views.