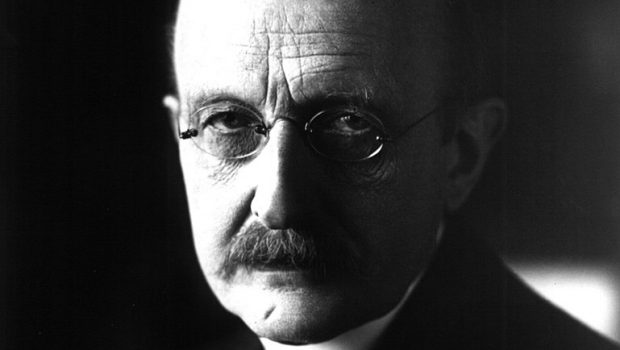 The Role of Faith in Science

In his book Where is Science Going?, Max Planck describes the tension between experimental and theoretical work in physics:

…there are two theorems that form together the cardinal hinge on which the whole structure of physical science turns. These theorems are: (1) There is a real outer world which exists independently of our act of knowing, and, (2) The real outer world is not directly knowable. To a certain degree these two statements are mutually contradictory. And this fact discloses the presence of an irrational or mystic element which adheres to physical science as to every other branch of human knowledge. [Emphasis mine.]

In Planck’s view, experimental evidence is primary, and yet each measurement is a product of a particular time, place, scientist, measuring device, etc. Any particular experiment can be discarded as fallible.

Conversely, all our theories are post-hoc constructions, derived from the primary knowledge of experiment. But they are largely unassailable, precisely because they’re supported by a wide variety of measurements.

The scientific theories we infer are generated by a deeper objective order, but we can never see that order directly. In order to see the existence of an objective reality, we need to step beyond the epistemic limits of Positivism. We need to make a leap of faith.

Planck describes the tension between religious experience and divinity in similar terms:

Does that higher power which stands behind the religious symbols and lends them their essential significance, dwell solely in the human mind, and is it obliterated also in the moment when that mind ceases to exist, or does it stand for something more? In other words: Does God live in the soul of the believer only, or does He rule the world independently of whether or not one believes in Him? This is the point at which minds part company basically and decisively.

He points to the commonalities of religious experience (also something we’ve discussed before) as an analog of agreements in scientific measurements:

A common feature of all [religions] consists in the rather natural assumption of a personified or at least an anthropomorphic deity. This leaves room for the most diverse concepts of the attributes of God. Each religion has its own distinct mythology and also its own distinct rituals, elaborate to the most minute details in the more highly developed religions. These are the source of certain interpretive symbols of religious worship, which are capable of acting directly on the imagination of the great masses, arousing their interest in religious matters and giving them a certain understanding of the deity.

…On the other hand, a religious symbol always points beyond itself. Its significance is never exhausted by its own features, however much veneration it may enjoy…religious symbols [are] subject to certain inevitable changes in the course of the centuries, and…what stands behind and above these symbols is unaffected by such changes.

Just like scientific measurements, each individual religious conception is esoteric and assailable; but taken together, we can—through a leap of faith—infer the existence of some underlying driving force.

So Planck sees religion and science following a similar pattern: many different outward manifestations which, under analysis, point to a single absolute truth.

…religion and natural science…are in agreement, first of all, on the point that there exists a rational world order independent from man, and secondly, on the view that the character of this world order can never be directly known but can only be indirectly recognized or suspected. Religion employs in this connection its own characteristic symbols, while natural science uses measurements founded on sense experiences.

It’s this single absolute truth that drives Planck. But the idea that there are two absolute truths—one religious and one scientific—is clearly untenable.

Thus nothing stands in our way—and our instinctive intellectual striving for a unified world picture demands it—from identifying with each other the two everywhere active and yet mysterious forces: The world order of natural science and the God of religion. Accordingly, the deity which the religious person seeks to bring closer to himself by his palpable symbols, is consubstantial with the power acting in accordance with natural laws for which the sense data of the scientist provide a certain degree of evidence.

And yet they still operate with the same objective.

…the two roads do not diverge; they run parallel to each other, and they intersect at an endlessly removed common goal.

There is no better way to comprehend this properly than to continue one’s efforts to obtain a progressively more profound insight into the nature and problems of the natural sciences, on one hand, and of religious faith on the other. It will then appear with ever increasing clarity that even though the methods are different—for science operates predominantly with the intellect, religion predominantly with sentiment—the significance of the work and the direction of progress are nonetheless absolutely identical.

For Planck, Religion and Science are non-overlapping magisteria—they are equally valid ways of viewing the same reality. He refers to the apparent incompatibility as a “phantom problem”, a problem which is rooted in the inadequacy of language:

The room in which we now sit, has two side walls, a right-hand one and a left-hand one. To you, this is the right side, to me, sitting facing you, that is the right side. The problem is: Which side is in reality the right-hand one? I know that this question sounds ridiculous, yet I dare call it typical of an entire host of problems which have been, and in part still are, the subject of earnest and learned debates…great caution must be exercised in using the word, real. In many instances, the word has any sense at all only when the speaker first defines clearly the point of view on which his considerations are based. Otherwise, the words, real or reality are often empty and misleading.

Along these lines, Planck claims that there is a terminus of science, a boundary it simply can’t cross due to its point of view.

The scientist can look outward at past events, and infer the chains of causation that run through them. He might even look back at his former self, or at other scientists, and understand human behavior from the standpoint of causation. But the “here and now” is off limits—as he points out, “the most penetrative eye cannot see itself, no more than a working instrument can work upon itself.”

This article was originally published at SubStack and is partially reproduced here without the permission of the author, who is not affiliated with this website or its views.