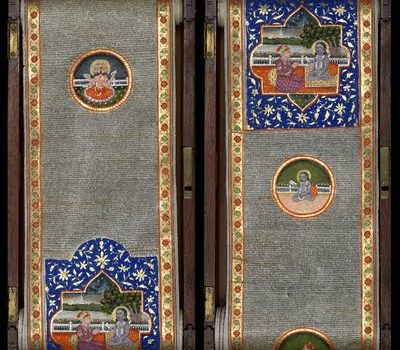 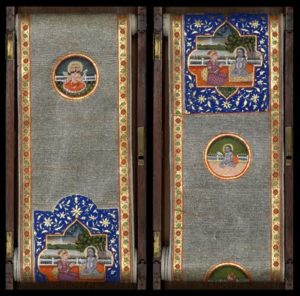 Lesson two in our classroom series discussing chapter three of Swami Tripurari’s Siksastakam of Sri Caitanya. San Rafael: Mandala, 2005. Swami will be responding to comments and questions while guiding readers through the text. Reader participation is encouraged.

The natural environment spoke to Mahaprabhu with friendly advice—be humble like grass and tolerant like a tree—and in the mood of a sadhaka he thought himself devoid of these virtues. Although it appears that nature does not speak to us in this way, it would be more accurate to say that we are not listening. Not only are we not listening to nature, whose every move is backed by God, we are not listening to Gaura. We are lacking in humility and tolerance, yet we never even think of Gaura’s verse when we walk on the grass and it bends humbly beneath our feet. We do not think of Mahaprabhu’s poetry when the tree without complaint tolerates the summer sun to shade us. We must pay close attention to God and guru, to the book Bhagavata and person Bhagavata—nityam bhagavata-sevaya—if we expect them to share their secrets with us. Nistha involves the kind of attentive chanting that brings the world to life. As one’s heart changes in nama-dharma with the ongoing culture of humility and tolerance, one’s surrounding environment that previously appeared to oppose one is perceived for what it really is—friendly. As the sadhaka realizes that he or she is surrounded by well-wishers, a sense of hope illumines the practitioner’s heart.

The venerable Visvanatha Cakravarti Thakura explains in his Madhurya-Kadambini that the destruction of anarthas arising from good and bad karma is complete (purva) at the stage of nistha. However, Sri Visvanatha’s term purva does not imply that anarthas are absolutely eradicated at nistha. As Visvanatha Cakravarti Thakura explains and Srimad-Bhagavatam confirms, in this stage trace elements of these anarthas still remain, nasta-prayesv abhadresu.1 As the sadhaka leaves the small world of the mind and its misery, he or she experiences the first characteristic of suddha-bhakti: freedom from suffering (klesaghni). Suffering is a result of karma, and it is experienced in the mind. What is happy for one is sad for another. One creature’s funeral is another’s festival. Beyond the relativity of the mind’s perception of good and bad, happy and sad, is the realm of consciousness. In nisthita bhajana-kriya, Krishna nama removes the mental blindfold and shaded glasses of ignorance (tamas) and passion (rajas) that have obscured the fact that we are of the nature of consciousness, not matter. In this stage one sees clearly (sattva), one’s priorities are properly in place, and one is thus no longer deluded or distracted by false values, for knowing is the nature of sattva.

Krishna, friend of the truthful devotee, certainly cleanses the heart of one who hears and chants about his virtuous activity. By constant service to the bhagavata, impiety is all but destroyed and naisthiki-bhakti to the one who is praised with transcendental song is realized. At that time, the influence of rajas and tamas—lust and greed—no longer affect the devotee, who has become fixed in sattva and filled with happiness.2

“Constant service to the bhagavata” refers to either hearing Srimad-Bhagavatam or serving the person that personifies its precepts. If the result of regularly hearing the bhagavata book and serving the bhagavata devotee is the same, it should be clear that “hearing the book” involves much more than an intellectual exercise. Theoretical knowledge often fosters pride, whereas wisdom fosters humility. Nevertheless, one should study the Bhagavata carefully. It gives a thorough bashing to the folly of mere intellectual exercise in the name of spiritual pursuit. It teaches one to use one’s head, lowering it to soften one’s heart. After all, it culminates in showcasing the softhearted, uneducated gopis’ unalloyed love for Vraja’s cowherd prince. Constant chanting of Krishna nama—service without reservation—requires humility. These two go hand in hand.

Sri Visvanatha Cakravartî Thakura writes of two kinds of nistha: one related to constant chanting, the other to humility and similar qualities. These two kinds of nistha are saksat bhakti-vartini, nistha that is directly related to bhakti, and tad-anukula-vastu-vartini, nistha that is related to that which is favorable to bhakti. Mahaprabhu’s verse includes both of these. The words kirtaniyah sada harih indicate steadiness in hearing and chanting, and because these two are directly bhakti, kirtaniyah sada harih refers to saksat bhakti-vartini nistha. The balance of the verse refers to tad-anukula-vastu-vartini nistha because it refers to that which is favorable to bhakti but is not bhakti in and of itself, qualities such as tolerance and so forth.

Although humility is a quality favorable to bhakti, as opposed to being bhakti itself, among all favorable qualities it is unique in that in its fullest expression it comes very close to being såkßåt bhakti. In his Brhad-bhagavatamrta commentary, Sri Sanatana Goswami first describes humility as the essential devotional prerequisite. Thakura Bhaktivinoda’s Jaiva-Dharma has gone a step further, describing humility as an inherent character of Bhaktidevi herself. Later in his Brhad-bhagavatamrta, Sri Sanatana says as much.

As we have learned from exploring the second sloka of Siksastakam, Krishna nama is attracted to humility in the sadhaka and thus stays with him or her despite the continued presence of anarthas, including nama-aparadha. The humility described in the commentary on the second verse, however, is not the full face of humility. It is the humility that removes obstacles to one’s faith. This expression of humility makes one fit to receive the grace of God. It arises from the mind when one contrasts the mercy of Krishna nama with one’s resistance to that mercy. The humility described here in the third verse of Siksastakam, however, comes from the soul.