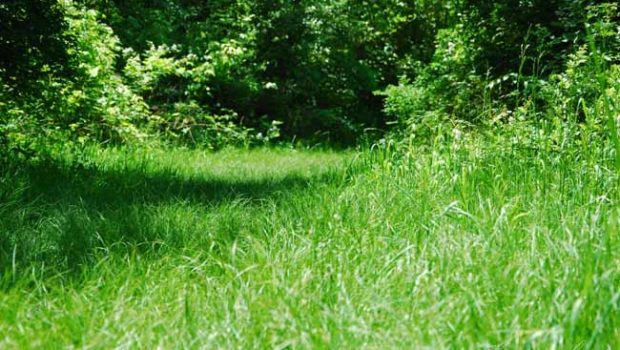 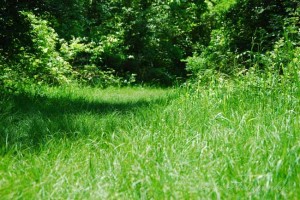 Lesson one in our classroom series discussing chapter three of Swami Tripurari’s Siksastakam of Sri Caitanya. San Rafael: Mandala, 2005. Swami will be responding to comments and questions while guiding readers through the text. Reader participation is encouraged.

From the depths of his despair, Gaura Krishna surfaced and touched the shore of hope, as he called out to his dear associates, “O Svarupa, Rama Raya, listen to the characteristics of the kind of nama-kirtana by which prema awakens.”1 With these words Sri Krishna Caitanya prefaced his third verse of Siksastakam, his heart brimming with humility.

What kind of nama-kirtana awakens prema? Mahaprabhu says, “Constant chanting of Hari, humbly, tolerantly, and pridelessly.” However poetic, this verse is often perceived as a bitter pill to swallow. There is a well-known saying in West Bengal, “When I heard about the prema-dharma of Sri Krishna Caitanya, I wanted to become his follower, but when I heard Gaura’s third verse of Siksastakam, I knew it was impossible!” We should not think like this, for Krishna nama will gradually qualify us to chant with these symptoms as we progress from anistha bhajana-kriya through anartha-nivrtti to nisthita bhajana-kriya. Then, with steady practice uninterrupted by anarthas, our chanting will lead to prema.

That the path to prema-prayojana is paved with this verse of Siksastakam is shown in Mahaprabhu’s dealings with Raghunatha Dasa Goswami, the prayojana-tattvacarya of Gaudiya Vaishnavism. Prayojana-tattva is literally “the metaphysical truth concerning the goal.” The goal is prema, Radha prema, Krishna prema. Because Raghunatha Dasa discusses this ideal in depth in his writings, he has been dubbed the acarya of the prayojana of Gaura’s precepts. Earlier in his Jagannatha Puri lila, Mahaprabhu personally placed Raghunatha Dasa under the care of Svarupa Damodara. At that time, Raghunatha Dasa harbored a desire to hear something directly from the mouth of Mahaprabhu concerning the goal of life and how to attain it—sadhana-sadhya-tattva. When Svarupa Damodara informed Sri Caitanya about Raghunatha Dasa’s desire, Mahaprabhu smiled and stated that he had already appointed Svarupa as Raghunatha’s instructor because “he knows more than I do.”2 Then out of affection Gaura acquiesced and told the Raghu of Svarupa the following:

Do not listen to or speak gossip.
Don’t eat tasty food, nor be fashion conscious.
Do not expect honor, yet honor others.
Constantly chant Krishna nama,
and mentally serve Radha-Krishna in Vraja.
These in brief are my instructions;
from Svarupa you will get specifics.3

After saying this, as if to sum up his instructions to Raghunatha Dasa, Mahaprabhu uttered this third verse of Siksastakam to the prayojana-tattvacarya, making it clear that the path to prema runs through this verse of Siksastakam. In effect Mahaprabhu has said that if he were to distill all of his instructions on sadhana-sadhya-tattva into one verse, it would be this one! We might expect that the prayojana-tattvacarya would receive much higher esoteric instructions from Mahaprabhu than that which is emphasized in this verse: humility, tolerance, constant chanting, and so on. However, that Mahaprabhu spoke this verse only serves to underscore the importance of this fourfold mandate on chanting. In speaking this verse to Raghunatha Dasa, Mahaprabhu has in effect amplified it as if shouting it out publicly so that all of his followers might rally around it. Just hear what the most wise and holy poet Kaviraja Goswami Sri Krsnadasa loudly announces in this regard:

Hands raised, I declare, “Listen all!
String this stanza on the thread of nama
as a garland round your neck.4
Follow this sloka on the order of the Lord,
and surely Sri Krishna’s feet will be your reward.”5

Through the pen of Krsnadasa Kaviraja Goswami, we are further blessed with Mahaprabhu’s own explanation of his poetry, in which he elaborates on the third stanza of Siksastakam to Rama Raya and Svarupa Damodara:

Although Vaishnavas are advanced, they think themselves to be lower than blades of grass and they tolerate everything like trees. As a tree is cut down, it does not protest, and while dying in the heat, it does not request a drink. It gives its wealth—its shade, and so on—to anyone who asks while tolerating the heat and rain and simultaneously protecting others. Although Vaishnavas are exalted, they are free of pride nonetheless, offering everyone appropriate respect and knowing that all jivas rest within Krishna. Aspiring in this way, one who chants Krishna’s name attains shelter at his lotus feet and awakens prema.6

Singing Krishna’s name with this humble mentality, although essential for one in pursuit of prema, is no small accomplishment. As we have seen, one experiences this kind of chanting after attaining nisthita bhajana-kriya, the short-term goal on the long and sometimes winding road homeward. From this point on, the road is straight but not narrow. It is broad and spacious, as rules become realizations and black and white turns to many shades of gray. This stage brings the heart of tender faith into harmony with the intellect. Thus one’s faith becomes well thought out, and more, because this exercise fosters intensified sadhana, it results in inner certainty, firm faith derived from knowing beyond thinking. Furthermore, this spiritual confidence is followed by ever-increasing humility, as the sadhaka is humbled by the depth of the subject being explored. He or she now knows that all are students forever in this field, a field of knowing in which the knowledge itself has its own agenda that includes us. Suddenly the subject—the self—begins to perceive itself as an object in the hands of Krishna nama, and the world viewed previously through the limitations of the mind expresses its own life backed by the will of God.

2 Responses to The Path to Prema