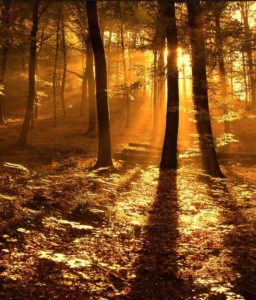 In this verse Sri Gaurasundara speaks to Ramananda and Svarupa with deep spiritual emotion, longing for prema. Krishna does not grant prema to a devotee until his or her longing to attain it becomes very intense. This intense longing typically arises in bhava-bhakti, which is difficult to achieve. Sri Rupa has explained that bhava cannot be realized even by long periods of intense practice devoid of taste and attachment, and thus one must first pass step-by-step through all the lower stages of sadhana-bhakti. Furthermore, it cannot be attained by any other form of spiritual practice, such as jnana or yoga. Bhava is also dependent on Krishna’s mercy, and even after one comes to the stages of ruci and asakti, Krishna does not grant it easily, certainly not as easily as he grants mukti to practitioners of other spiritual disciplines. Indeed, mukti, which is the goal of yoga and jnana, is insignificant in comparison to bhava.1

In this verse Sri Gaurasundara prays for the ecstatic transformations known as sattvika-bhavas, which are characteristic of bhava-bhakti. Sattvika-bhavas are involuntary bodily transformations resulting from spiritual emotion, and they are eight in number: paralysis, tears, perspiration, change of color, fainting, horripilation, trembling, and stammering. These involuntary symptoms are common when they manifest as a result of material emotions, such as fear or sadness, but uncommon when they manifest as a result of singing the name of Krishna in sankirtana. Such an occurrence signals the beginning of a life of eternal spiritual emotion in which one’s mind is saturated with bhava.

When bhava arrests the mind, the mind becomes illumined and spiritual emotion moves throughout the body on the vehicle of the life air (prana). As the life air is transformed under bhava’s influence, bhava in turn excites the body and affects its elemental constituents: earth, water, fire, and air. Paralysis manifests from bhava’s influence on the earth element, tears and perspiration from its influence on water, change of color from its influence on fire, and fainting from its influence on air. Bhava also affects one’s body independently of its elemental constituents, causing horripilation, trembling, and stammering. Following the lead of the tantra-sastra, Thakura Bhaktivinoda comments that three of these eight transformations—tears, horripilation, and stammering—along with the anubhavas (deliberate bodily movements) of singing and dancing are particularly symptomatic of bhava-bhakti.2 Mahaprabhu prays for the day that these three will decorate his body as he sings and dances in nama-sankirtana.

Although these external symptoms signal bhava, because they also sometimes appear in material circumstances, they are not clear indicators of the presence of bhava, and their absence does not necessarily mean that one has not attained bhava. Bhava-bhaktas often keep such symptoms in check and experience them within.((See Visvanatha Cakravartî Thakura’s commentary on SB. 2.2.2.)) Furthermore, bhava is sometimes imitated, causing these symptoms to manifest artificially. About such imitation Sri Rupa remarks, “Sometimes tears and other sattvika-bhavas appear in someone who does not possess the prerequisite spiritual qualifications, in someone whose heart is by nature slippery and who has simply practiced making a show of these external manifestations.”3 There is also the possibility that these symptoms will appear from time to time in sincere devotees who have not yet attained bhava. Such instances are examples of Harinama Prabhu’s encouragement, as the holy name sometimes chooses to draw sadhakas into a semblance of bhava. Thus we are faced with the problem of how to distinguish a genuine bhava-bhakta from a common person, an imitator, or a fortunate sadhaka experiencing a temporary reflection of bhava and, furthermore, how to identify a bhava-bhakta when he or she is keeping ecstatic symptoms in check.

The solution to this problem lies in the fact that bhava is a deep spiritual realization that brings about not only bodily transformations but a change of heart. This change of heart is permanent, difficult to imitate, and exclusive to those who have attained bhava. It is observable in the form of nine character traits: forbearance, concern that time should not be wasted, detachment, absence of false prestige, hope, eagerness, taste for chanting the holy name, attachment to descriptions of the transcendental qualities of Bhagavan, and affection for those places where he resides.4 Thus while the external symptoms of ecstasy that Mahaprabhu speaks of in this verse indicate the attainment of bhava, they must be corroborated by the appearance of these nine character traits. Furthermore, if we observe a devotee who possesses these character traits but not the sattvika-bhavas, such a devotee should be considered to have attained bhava-bhakti while keeping the overt manifestation of sattvika-bhavas in check and experiencing them internally.

Sri Krishnadasa Kaviraja Goswami’s description of Gaurasundara’s dancing in sankirtana—dancing that made Jagannatha’s eyes open wide and stare in disbelief—is perhaps the best illustration of this extreme ecstasy.

When Prabhu jumped and danced he was wonderfully transformed, as all eight sattvika-bhavas simultaneously erupted in him. The hair on his body stood on end and his body appeared like a smooth silk çimuli tree with thorns. Seeing his teeth chattering, people feared his teeth would fall from his mouth. Blood poured like perspiration from his pores. Stammering, he called to Jagannatha, “jaja gaga jaja gaga.” His eyes poured forth water like a fountain, drenching everyone on all sides. In view of everyone, his hue changed from golden to reddish brown to the color of a jasmine. Sometimes he was stunned, and sometimes he rolled on the ground. His limbs became hard like sticks of dry wood and did not move. Losing his breath, he fell to the ground, and seeing this the devotees lost their own life breath. Tears poured from his eyes, mucus ran from his nose, and foam poured from his mouth like streams of nectar falling from the moon.6

Such descriptions of Gaura’s ecstasy are compelling. They are filled with spiritual power and promise that bhava-bhakti, although rare, is nonetheless within reach by the virtue of nama-sankirtana.

Thus far we have discussed the rarity of bhava-bhakti and the appearance of sattvika-bhavas. We have not discussed, however, exactly what bhava-bhakti is. Nor have we discussed what the life of a bhava-bhakta consists of, as we have done for the sadhana-bhakta, whose life we detailed through the various stages of sadhana-bhakti in our discussion of the previous verses of Siksastakam. Therefore, let us turn our attention to the nature of bhava itself and the inner life that it gives rise to.