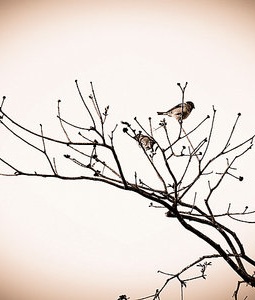 It is the mind alone that considers itself the enjoyer of sense objects, because it alone grasps them.

Durvasa has anticipated Gandharvi’s question, “If the self is not the enjoyer of sense objects, who is? And why does the soul think that it is the enjoyer?” The mind is matter, yet it is more subtle matter than the senses and their objects. It is more closely related to consciousness and thereby has the capacity to grasp sense objects through its functions of thinking and conceiving. The mind presides over the five senses and is thus commonly referred to as the sixth sense. Its capacity for perception is greater than the capacity of the other five senses. The mind is the link between consciousness—the soul—and the senses and their objects. It is the subjective connection to the objective world. Its influence over the materially conditioned soul causes the soul to think itself the enjoyer of sense objects and the doer of acts in relation to them, when in reality the soul is merely the witness to the movements of material nature.

In the realization that everything has become the self alone, how can the self think itself the enjoyer, and of what? Where indeed will the self go? In consideration of this, how could I, being that self, be the enjoyer of the sense objects?

Lest the gopis think that Durvasa’s position is no different from anyone else’s and that by the force of his mind he too thinks himself the enjoyer of sense objects, the sage states here that his own position, that of a liberated soul, is fundamentally different from that of materially conditioned souls. He does not identify himself with either the knowledge-acquiring senses (jnanendriya) or those of action (karmendriya). Thus how can he think himself the enjoyer or sufferer of material interactions? His experience is that “everything has become the self,” in other words, he realizes that in reality there is only God and nothing separate from him.

Realizing oneself to be of the nature of consciousness and the self and even material nature to be manifestations of Krishna, one experiences reality as nondual consciousness—tattvam yaj jnanam advayam (SB 1.2.11). Such realization, however, is not a static experience of nondual consciousness in which there is no diversity. One realizes that reality is a person (Krishna) replete with potency—the energetic (saktiman) and its energy (sakti), by which it fully experiences and expresses itself. The individual soul is constituted of the sakti of Krishna, and because this sakti has no existence independent of Krishna, in this sense it is one with him.

Sri Prabodhananda paraphrases the import of Durvasa’s reply thus: “Because I am situated in knowledge, I have absolutely no sense of being the enjoyer in connection with this body. Even so, if I am seen to be enjoying ecstasies of an unlimited variety, it is through my relationship with you who are the most dearly beloved of Sri Bhagavan.” Sri Jiva Goswami adds to this by citing Srimad-Bhagavatam 1.7.10, where it is said that the sage Sukadeva was distracted from his meditation on Brahman upon hearing a recital of Sri Krishna’s qualities.

These comments bring out the deepest lesson in this section of Gopala-tapani. The basic instruction is that the soul is not the body and that the bodily activities are only the movements of material nature activated by the soul’s presence. The soul merely witnesses and does not actually take part in these movements. The deeper instruction is that in the highest reality, within Krishna’s divine play, all movement is still in relation to material nature. Witnessing material nature in absolute peace, unmoved by the ocean of material emotions, sages like Sukadeva and Durvasa, not to speak of the gopis, move in devotional trance—not out of ignorance, material desire, or perceived material necessity, but in celebration of the fullness of the Absolute. As Nietzsche said, “I would believe only in a God who could dance.” Such is the play of Krishna.

This very Krishna, who is your most dearly beloved, is the cause of both bodies.

Understanding the gopis’ primary interest in Krishna, Durvasa says that he who is their most dearly beloved is the cause of all causes. Both the subtle and gross material bodies that implicate the soul in the karmic law of material nature are subordinate to Krishna and can have no influence over him. All power is derived from him, and thus no power can overcome him. His dalliance with the gopis is not born out of any necessity on his part—it is not under the jurisdiction of karma. His body is spiritual, as are those of the gopis, and their dance of love is selfless and giving in the most complete sense. Indeed, it is the gopis’ selflessness reposed in God that affords them the spiritual bodies that correspond with the heart of the Absolute appearing in the form of Krishna.

There are two beautifully plumed birds making their home in this body, which, like a tree, is meant to be felled. The lesser of the two is the fragmentary portion of Brahman who enjoys and suffers; the other is merely an observer. They are thus enjoyer and nonenjoyer. The former is the enjoyer; the latter, the nonenjoyer, is Krishna.

In the previous passage, Durvasa spoke of Krishna’s position from a macrocosmic point of view. In this stanza he continues to extol Krishna’s virtues by speaking of his exalted position from the microcosmic point of view. Krishna is the indwelling soul that accompanies the finite soul throughout its material sojourn, life after life, body after body. The finite soul (jivatma) in the ignorance of bodily identification thinks itself the enjoyer of the fruits of the bodily tree. The indwelling Supersoul (paramatma) merely witnesses the plight of the finite soul. Thus Krishna in his manifestation as the indwelling Supersoul, although within the material body, is not identified with it. He thus is not the enjoyer of the fruits of material life, which lead to misery and thus speak to the wise as to the need to fell the bodily tree, ending the cycle of birth and death.

Sri Prabodhananda comments, “Durvasa thought, ‘From the microcosmic point of view, Krishna and other jivas appear similar. However, there is a great difference between a jiva like myself and Krishna, the indwelling soul of all beings.’ To clarify the difference between them, he then spoke this passage. By saying ‘two birds,’ he indicates that the soul and Supersoul are inseparable companions. By saying that they are ‘beautifully plumed,’ he further implies that they are both conscious. By saying ‘there are,’ he shows that they both exist without beginning. However, of the two, the lesser one is the jiva, who is comparable to the rays of the other, who is like the sun globe of Brahman while simultaneously being the indwelling soul of the sum total of all jivas.”