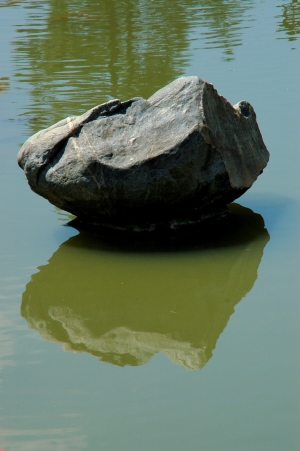 Q. The five senses are commonly understood as vision, hearing, smell, taste, and touch. However, the Bhagavad-gita categorizes the mind as one of the senses, so I am wondering how one might make an empirical case for this?

Indeed, the reductionist effort to do so is fraught with problems to such an extent that a good number of thoughtful people are beginning to consider that the mind may be something different from the brain. For example, category dualists like David Chalmers have posited a second category of matter—mental matter. This is also what the Bhagavad-gita teaches. Of course, the Gita also teaches that there is a nonmaterial substance—consciousness proper—that gives the mind the ability to be the seat of qualitative experiences of the physical world. So according to the Gita, mental matter cannot be reduced to physical matter and consciousness proper cannot be reduced to either mental or physical matter.

But those bent on reducing mind and consciousness (which are often conflated today) would do well to first demonstrate to us exactly what matter is. Modern science is largely holding on to an understanding of matter that, consciousness aside, is proving to be lacking. Bringing consciousness into the picture makes present-day understanding of matter that much more in need of rethinking. The history of science clearly demonstrates that the world that was thought to be a soulless/mindless machine is actually a realm of potentialities that are activated by observation.

Chomsky makes and interesting comment on Ryle’s famous “Ghost In the Machine” characterization of Decartes’ mind/body dualism found in his groundbreaking twentieth century book, The Concept of Mind. Ryle’s book was thought to have exorcised the soul/mind from the physical world and put to rest superstitions about nonphysical substances. Chomsky says that the history of sciences demonstrates that it is the machine that has been exorcised and not consciousness/mind. How can we reduce these two to physical matter when we do not even know what physical matter is? Nor do we know what mind and consciousness are. For the latter, we would do well to turn to the mystics, to the Gita.

Q. Can metaphysical concepts like reincarnation be empirically proven?

A. Some Buddhist scholars have tried to do this. They reasoned that the meditative states of their adepts constituted evolved states of mind and that their direct experience of reincarnation should be included in the realm of empirical evidence based on the definition of empiricism in the Dictionary of Philosophy by Dagobert D. Runes. Runes’ definition of empiricism includes not only the experience of sense data but also all conscious content of the mind. But such a broad interpretation of empiricism in which the mind becomes the sixth sense is not one embraced by materialists, who feel that the experiences of the adepts cannot be verified by approved scientific methodology, or third-person verifiable evidence.

But one can argue well that approved scientific methodology should not altogether exclude first-person reports of subjective experience. Indeed, it is more widely accepted today that the difference between objective third person and subjective first person methods of knowing is one of degree rather than kind, and the collapse of classical introspectionism in the West was more a result of the ascendency of behaviorism than it had to do with any inherent problems in a first-person methodology. Furthermore, I would argue that the first-person inner experiences of mystics constitute a body of evidence that is not easily ignored because there is much that mystics concur upon and their observable character demonstrates that they have risen above human passions and are thus objective on a very deep level. Detachment and objectivity go together.

Moreover, there is nothing that we know about the physical world that proscribes the rational belief in reincarnation. Highly respected physicist Henry Stapp states,

“I do not see any compelling theoretical reason why this idea [life after death] could not be reconciled with the precepts of quantum mechanics. Such an elaboration of quantum mechanics would both allow our conscious efforts to influence our own bodily actions and also allow certain purported phenomena such as ‘possession,’ ‘mediumship,’ and ‘reincarnation’ to be reconciled with the basic precepts of contemporary physics… These considerations are, I think, sufficient to show that any claim that postmortem personality survival is impossible that is based solely on the belief that it is incompatible with the contemporary laws of physics is not rationally supportable.”

There is considerable empirical evidence for reincarnation in the body of work put together by the late Ian Stevenson. The Kellys also document considerable evidence for the paranormal in their book Irreducible Mind, as does the late Elizabeth Lloyd Mayer in her Extraordinary Knowing: Science, Skepticism, and the Inexplicable Powers of the Human Mind. Furthermore, the limits of empiricism itself are well known.

Q. What is the rationale behind spiritual practice?

A. Is it not reasonable to seek the inner experience of mystics when history has shown that such inner experience moves one away from animalism and the call of the senses? If people are simply “rational” animals with no higher purpose, then what is the meaning and methodology of being rational? Is it simply to deny anything that cannot be empirically validated? Is this the sum and substance of rationality?

Spiritual methodology has as its goal the wisdom that underlies love. It also has results, in that one moment of samadhi will change any empiricist forever. The Gita says, param drstva nivartate—one who tastes ego-effacing spiritual aesthetic rapture loses taste for everything else, particularly the call of the senses. And in losing the taste for “things,” compassionate concern for all beings arises.

Those who abide in deep spiritual experience report that their experiences correspond with a shift away from selfishness (ego death). While capitalism thrives on selfishness, spiritual life thrives of selflessness. The latter affords a comprehensive solution to all economic, environmental, psychological, sociological, and political problems of the world. Furthermore, its selflessness is also achievable, as we see from the example of genuine mystics, unlike that of socialism.

Q. What is your opinion of the rational spiritualism of Sam Harris?

Although Harris speaks of his own spiritual experiences, they appear limited at best, comparing them as he does with drug-induced states of consciousness. He would be much more credible in promoting his secular meditation that discounts any afterlife if he were more accomplished in meditation. But he is not. And he is not alone. To date we have no secular Buddha, no accomplished secular mystic. From a serious spiritual practitioner’s perspective or that of an accomplished mystic, Harris is not a well-informed spokesperson for mysticism. From naturalists like Harris, we have merely the inexperienced assessment of the inner experience of mystics’ reality. Some of their assessments are more generous than others, while all of them remain dismissive in an overarching sense.

The best review I have seen of Harris’ current book, Waking Up: A Guide
to Spirituality without Religion, can be found here: https://harmonist.us/2014/09/review-sam-harris-waking-up-a-guide-to-spirituality-without-religon/

It’s wake up call to be sure.